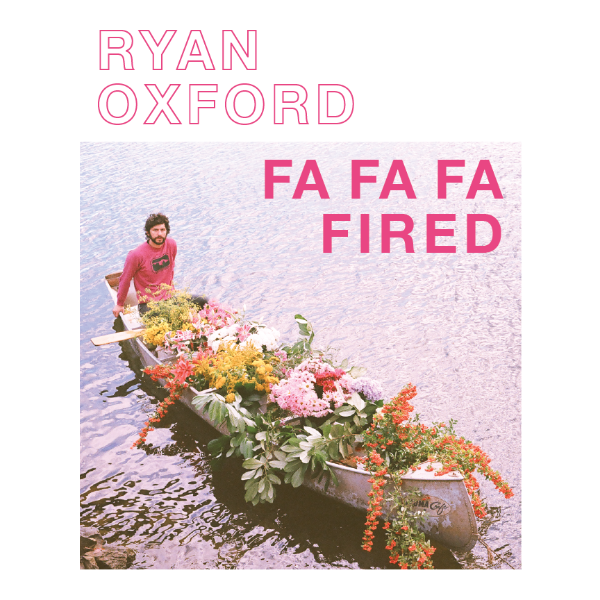 Ryan Oxford has dropped the title track from his upcoming debut album entitled ‘Fa Fa Fa Fired’. This catchy tune about heartbreak, blending into a walk among crazy pillars of nature on “Talisman Butte”. Lyrics get deeper throughout, particularly on “Flashes of Rage”, though he keeps his cool musically. It’s something akin to manically shaking a small boat on a big lake with a smile on his face. What is art without the invocation of red vision?”

Fa Fa Fa Fired is a long time coming for Oxford, a testament to his determined, singular path. It’s full of twangy guitars, sassy backing vocals and the sweet hiss of reel-to-reel tape that he still can’t shake. The songs are playful, charming, melancholy and honest. They’re mostly about being dumb and in love and sometimes just about being dumb. The album was recorded with help from Dominik Schmidt and features Christian Blunda (Mean Jeans, Patsy’s Rats), Nick Dewitt (Pretty Girls Make Graves), Scott Hartlaub (Jessica Lea Mayfield) and Arjan Miranda (Black Mountain, Strand of Oaks).