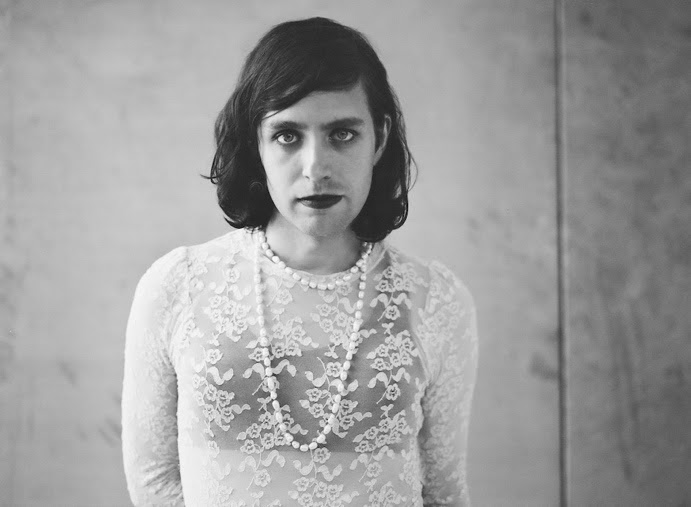 Ezra Furman has released a new video for “Every Feeling,” the track from the Sex Education soundtrack, which came out last month via Bella Union. “Every Feeling” was inspired by a bad bout of depression and has an up-all-night, emotionally exhausted feel to it, says the singer/songwriter The video, created by Sivan Kidron, is brightly colored and entirely animated.

“Kidron and I talked about that all-nighter feeling and the feeling like you’re already gone. That’s why we wanted the video to be full of empty hotel rooms, cigarettes still burning, like you’ve just left leaving everything unfinished because you just need to keep moving,” says Furman. “Our dancing blowing flailing inflatable tube man is sort of the avatar for me at my most emotionally vulnerable. I love these images and the way Sivan brings them across, like we’re almost dreaming, like how the world feels when you’re really exhausted, like there are no people left in it, like you’re at the mercy of the wild wind.”

“When I first listened to the song, I immediately connected with it,” says Kidron. “It’s about going through everything and just feeling tired and empty, and to me it sounded like a mantra that is saying, in the end underneath all these tumultuous emotional layers there is pure love. The thought of how there is no actual empty space if you take in mind light and air made me play with the idea of a figure that is full of air, like an inflatable tube man. Also as humans, there is always something in us even when we feel empty, and the tube man kind of illustrates that. Lacking any ability to resist, it dances so totally that it seems completely open and free, as if it embraces this emptiness and celebrates it.”

Sex Education is about Otis Milburn, a socially awkward high school student who lives with his sex therapist mother, Jean (played by Gillian Anderson). Season 1 shows Otis and his friend Maeve Wiley setting up a sex clinic at school to capitalize on his intuitive talent for sex advice. The second season, which is now streaming, follows late bloomer Otis trying to master his newly discovered sexual urges in order to progress with his girlfriend Ola while also juggling his now strained relationship with Maeve. Meanwhile, Moordale Secondary is in the throes of a Chlamydia outbreak, highlighting the need for better sex education at the school.

The Sex Education Original Soundtrack gathers the original songs Furman composed for both series alongside some of Furman’s older songs that were played in the show. Lining up alongside older cover versions of LCD Soundsystem’s “I Can Change” and Melanie’s “The Good Book,” there is a new rendition of “Devil Or Angel,” The Clovers’ doo-wop jewel from 1956.