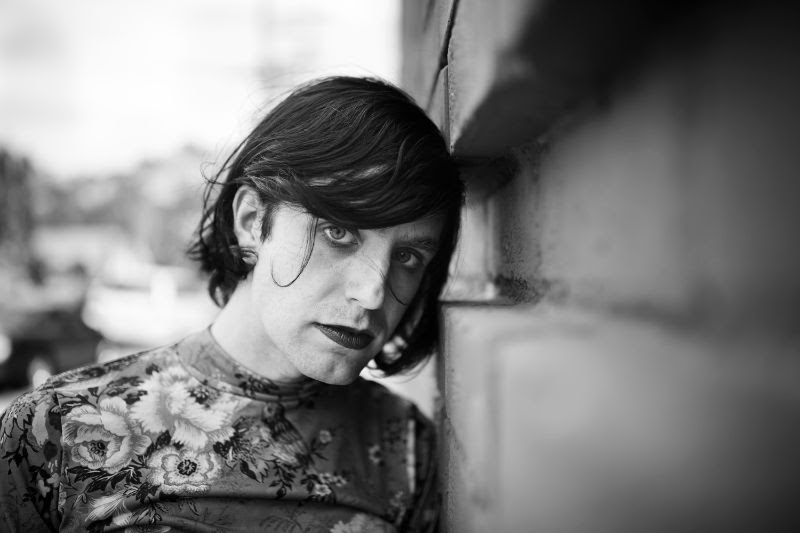 Ezra Furman, has revealed his new full-length, Twelve Nudes, will arrive on August 30th via Bella Union. Twelve Nudes, is described as his new and “spiritually queer” punk record. Along with the news, Furman, has shared the lead single and video, “Calm Down” (aka “I Should Not Be Alone”), with new tour dates

“Calm Down.” “Desperate times make for desperate songs,” says Furman. “I wrote this in the summer of 2018, a terrible time. It’s the sound of me struggling to admit that I’m not okay with the current state of human civilization, in which bad men crush us into submission. Once you admit how bad it feels to live in a broken society, you can start to resist it, and imagine a better one.” The accompanying video, directed by Beth Jeans Houghton, follows the same hand drawn aspect of previous videos, but with vibrant color and a comic book style.

“This is our punk record,” says Ezra Furman. “We made it in Oakland, quickly. We drank and smoked. Then we made the loud parts louder. I hurt my voice screaming. This was back in 2018, when things were bad in the world. The songs are naked with nothing to hide.”

Twelve Nudes was recorded quickly in Oakland in Fall 2018 and was mixed by venerated producer John Congleton (Sharon Van Etten, St. Vincent). The result is an album that is less stereotypical punk than raw, raucous rock’n’roll. The album has two spiritual heroes – the late great punk Jay Reatard and Canadian writer and philosopher Anne Carson. The title stems directly from Carson, who used the term “nudes” to describe the meditations she used to deal with intense pain in her life.

Furman will shortly embark on a European tour. Then, he will bring his energetic live shows stateside before returning to Europe later this year.

1. Calm Down aka I Should Not Be Alone
2. Evening Prayer aka Justice
3. Transition From Nowhere to Nowhere
4. Rated R Crusaders
5. Trauma
6. Thermometer
7. I Wanna Be Your Girlfriend
8. Blown
9. My Teeth Hurt
10. In America
11. What Can You Do But Rock n Roll