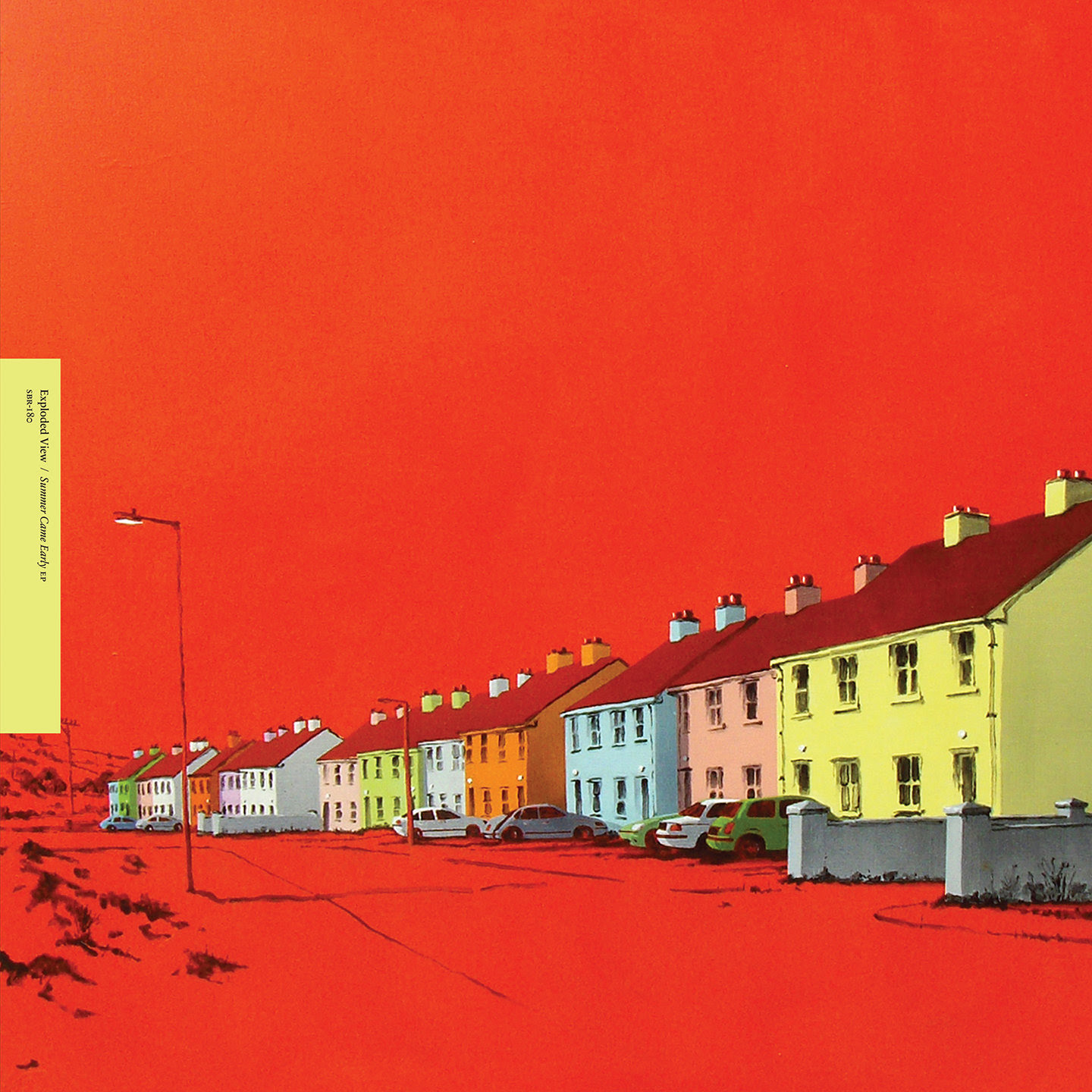 Uniquely artistic, Annika Henderson brings some of the most haunting vocals of the year with Exploded View’s latest EP offering. Taking some record outtakes and new songs, the small release is a sonic journey through psychedelic deserts, but with a weird mix of futuristic paranoia. Even while repetitive, the unique palettes the songs play with and their sense of wonder give the album a more visceral quality that makes it stand out from the crowd.

Opening with demented production, “Summer Came Early” has a warped sense of sound that fits its psychedelic rock like a glove. Digging a strong groove with its tambourine and guitar, it slow-burns its emotions through Henderson’s vocals. Between the heavy filtering on each synth line and the magical nature of the lyrics, the whole track carries a supernatural quality to its mundane observations. While not the most varied track compositionally, the hypnotizing sound that its repetition builds with the vocals makes for an entrancing listen.

“Forever Free” moves on a more industrial and electronic tick, as subtle string lines underscore its simple drum loops. Henderson’s enchanting delivery makes the already seductive lyrics all the more heavenly, giving a sense of lift to the ethereal chords of the song. Here however, the song’s more repetitive quality feels more natural as it progresses like a song born out of a futuristic world. The guitars move from shimmering to distorted and wailing, making for a constantly evolving listen that complements to submerged filtering of the song perfectly. Taking a couple notes from the exotic tones of Jefferson Airplane, the track is both futuristic and desert in one bizarre mélange.

Smashing its drums with an odd blend of echo, “Mirror of the Madman” is immediately unnerving in its heavy march, with the drums slowly breaking into unsettling fills. Almost overpowering everything in the song, the drums are surprisingly silenced to let the powerful bass line take over again. The mix works perfectly however to the insanity the lyrics profess, making for an immersive track that feels just as crazy as its characters. Letting the vocals carry a subdued chorus, the track also offers up some of the album’s strongest writing, with the shifting drum dynamics adding to the piece as well. Constantly pushing each instrument to its limits, the track is a fun experiment in how far you can take a sound while fitting it to the words as well.

Considerably more abrasive than the rest of the album, “You Got A Problem Son” offers up an obtuse production style while presenting the most shrieking guitars of the record. While seemingly intentionally amateur in sound, it leans into the off-kilter aggression that Henderson is talking about. Sonically unique to say the least, the track is buried in layers of weird chorus and reverb, while its strong drum sound carries a truly bizarre cymbal tone.