The Evolution of Frankie Cosmos 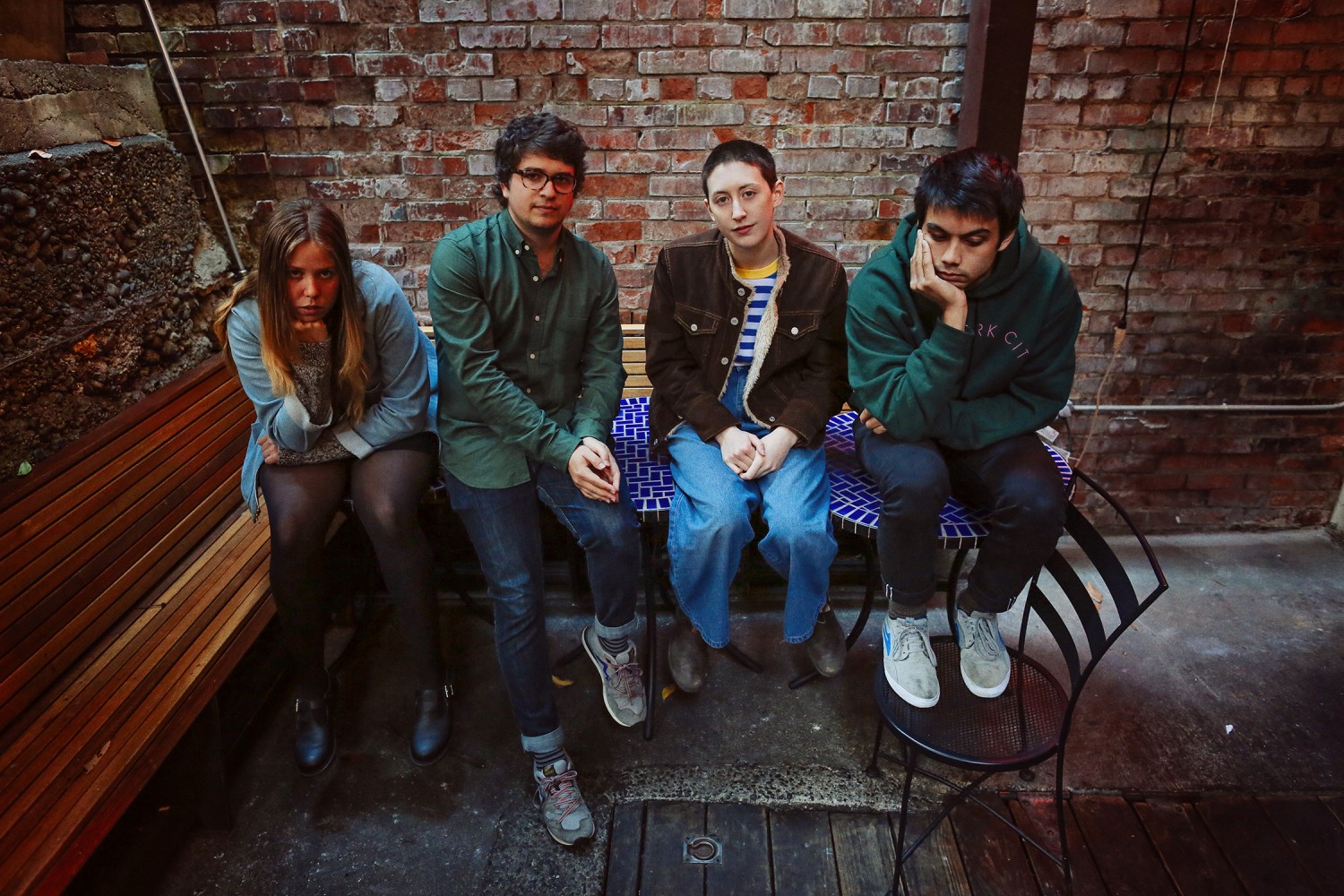 Across over 50 various albums, Greta Kline (Frankie Cosmos) has been developing her voice into something as personal as it is poetic. As her music’s taken her from a Bandcamp superstar to a label-supported powerhouse, she’s continued to write compelling and important music that’s just as accessible as her earlier work. We caught up with Kline ahead of her new album Vessel and her Montreal concert @ the Fairmount Theatre on May 4 to talk about how she’s stayed creative and why she writes for herself.

Northern Transmissions: You’ve released so much material, if I’m correct Vessel is your 52nd release, so do you find it hard to feel like you’re saying something new in your material at this point?

Greta Kline: I don’t really worry about saying something “new”…I really just need to keep writing music to stay in touch with myself. So the conversations I have with myself are constantly changing, because I am. In that way, every song feels very new to me…even if I’m writing about something that I have before, I’m different, so the song feels different.

NT: How did you find vetting these songs through the band between tours shaped the final product as opposed to arranging it all on your own?

GK: It’s always fun to see how my band-mates contribute their own style and their own inclinations to each song. I think this album (and the previous 2 full-band albums) would have turned out very differently had I arranged them on my own!

NT: Given this process and including songs like “The End” on the record, what makes a song stand out as particularly for the band versus just for you?

GK: It’s just a feeling I have usually- sometimes the song feels “finished” after I’m done writing it, and I want to keep it solo or on the quieter side. But sometimes I’m wrong! The End is one that we actually tried arranging full band and it just never felt right.

NT: How did your Lexie project come together, and did it influence your writing coming back to Vessel?

GK: I’m always looking for projects outside of Frankie Cosmos to direct my energy towards, it keeps me balanced creatively. Lexie’s writing process was very different because it took place mostly over the internet and was a co-writing project. However, it didn’t really influence the writing in Vessel because most of the Vessel songs were finished by the time Lexie came about!

NT: Out of all the songs on the album, I thought the idea behind “Accommodate” about communities turning a blind eye to problems within was fascinating, where did this stem from and how did you want to tackle it?

GK: This song stemmed from a personal experience. I feel like I’ve been trying to write this song for a long time and keep getting a little closer.

NT: On this note, why did you decide to resurrect “Being Alive” and how did you want to change it?

GK: Someone requested “Being Alive” at a show and the band hadn’t heard it, so I played it solo. Afterward, my band-mates mentioned they liked the song and we decided it would be fun to work out a full band live version. We liked the band version so much that we decided to record it!

NT: What’s kept you coming back to Hunter Davidsohn again and again to produce your records and what do you feel they bring to the process?

GK: Hunter is just someone I trust in terms of knowing how to achieve the right sounds and vibe when we are recording. Hunter recorded my first studio album Zentropy, so I feel like any of the language I’ve developed in terms of learning how to discuss recording ideas is very easily understood by him. Plus, he’s very good at making me feel comfortable while I’m tracking.

NT: What did the three-day tracking process you did in both Binghamton and Brooklyn bring that an extensive recording process wouldn’t offer?

GK: For me, it keeps the record sounding kind of live and loose. The process of tracking to tape keeps everyone on their toes and also forces us not to nitpick. You have to get the take within a handful of tries— you can’t overplay the song until it starts to feel stiff (other than the year or so of arranging and practicing before we go in to record).

NT: You’re one of the many artists now who really took shape through Bandcamp, what was the biggest lesson from that time you apply in your music or band life, and what do you miss about that freedom to release content?

GK: The most important thing to me as an artist is writing as much music as I can. I don’t know if it matters how soon I get to release it, I just care that I get to work on it.

NT: There’s so much personal content in your lyrics and it seems like people are always trying to read into your personal life through your songs, do you have to draw a line with what you give or do you leave people’s interpretation to them?

GK: I don’t really care how anyone interprets anything— they are never going to fully understand. I think the scary thing is people thinking they understand and talking to me like they know me really well. My songs are just one part of me, and people are only hearing the songs I’m willing to share. I think the best way to explain it is, sometimes I feel fine going on stage and playing my songs, but I don’t think I would ever get on stage and read from my actual diary.

NT: Obviously, you’ve been able to pass off a lot of the administrative sides of your music and even how you used to produce things since you’ve been on labels, so how are you making use of your DIY roots nowadays?

GK: I still manage Frankie Cosmos myself, and I think it’s good that I’ve been doing that from the beginning because as the band grows, I get to figure out how everything works and try to stay on top of everything. There isn’t really any part of Frankie Cosmos that is mysterious to me. And even though we have a lot more people on our team now, my band-mates and I still get to be part of every decision, so in that way, it’s still very DIY I’d say!