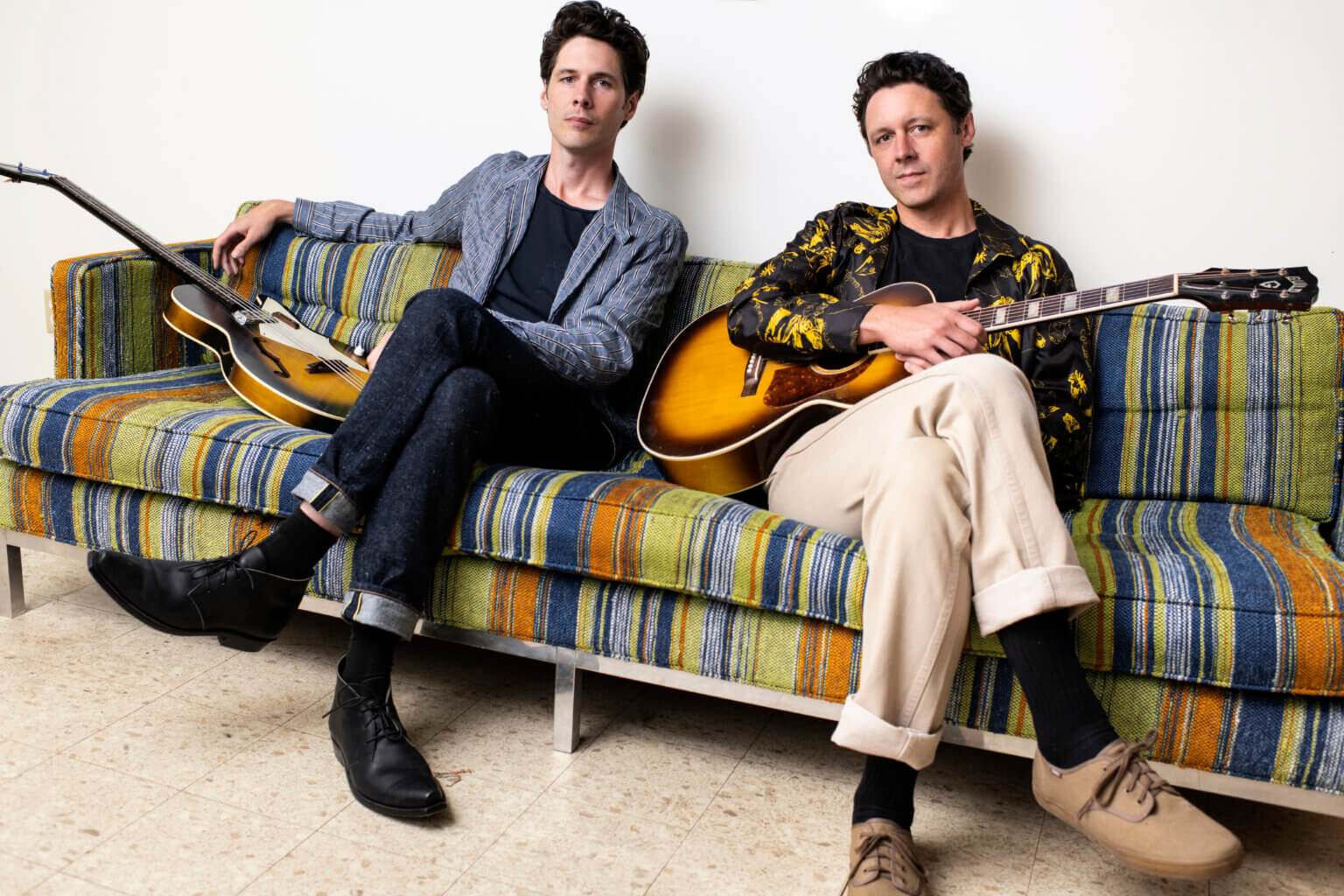 The Cactus Blossoms have shred “Everybody,” their latest single featuring Jenny Lewis. The song is featured on their recently released album One Day, currently available to stream and download. The Cactus Blossoms will also be kicking off the next leg of their U.S. tour on March 19th. Tour Stops include Nashville, New York City, Toronto, and more.

Jack Torrey, who launched the band with his brother, Page Burkum, writes, “When I wrote the song it was originally from one person’s perspective, but one morning when I was drinking coffee it hit me as a conversation between two people and really came alive for me. I heard Jenny singing it in my head and couldn’t hear it any other way, so I hopped on the phone and called her to see if she’d be interested in singing on it. I’m so glad she was into the idea.”

Page remarks that “We had the chance to open a little run of shows with Jenny a few years ago and to hear her amazing voice and watch her cast her spell over her audience night after night was truly inspiring. She’s a heavy hitter in every way possible so it’s a dream come true to hear her voice on one of our songs.”

The Cactus Blossoms have drawn frequent comparisons to other musical siblings like the Everlys and Louvins over the years, One Day often suggests a more soulful, ’70s-inspired palette, hinting at times to Bobby Charles or JJ Cale with its playful Wurlitzer, breezy guitars, and lean, muscular percussion. The band’s classic country and old-school pop roots are still there, of course, but the growth and evolution underlying One Day is obvious, not only in the duo’s writing, but in their core philosophy, as well.

Lockdown hit the brothers hard. Quarantine put a sudden halt to their plans to record a new studio record, and as Minneapolis began to erupt in social and political unrest following the police killing of George Floyd, music began to seem like the least of the duo’s concerns.

“It felt like the whole world was falling apart,” says Burkum. “We had to put things on hold just so we could try to wrap our heads around everything that was happening in Minneapolis and beyond.”

As 2020 stretched on, Torrey and Burkum slowly began to regain their footing, and when it felt safe enough to get together in person, they started kicking ideas back and forth, inviting each other into their respective writing processes earlier than ever before. When it came time to record, the brothers called on longtime collaborator/engineer Alex Hall, who brought his mobile rig up from Chicago so they could cut the album quick and dirty in Burkum’s basement. They kept their circle tight for the sessions, working with their core touring band—which included both their older brother and their cousin—to capture the songs with a feel as close to the live show as possible.

“From the start, we knew we wanted to keep the instrumentation minimal and consistent across the whole album and embrace the dryness that came with recording in Page’s basement,” says Torrey. “We wanted it to sound raw.”

The Cactus Blossoms
One Day
Tracklist

Order One Day by The Cactus Blossoms HERE