“Everybody Living In A Trap” RDGLDGRN 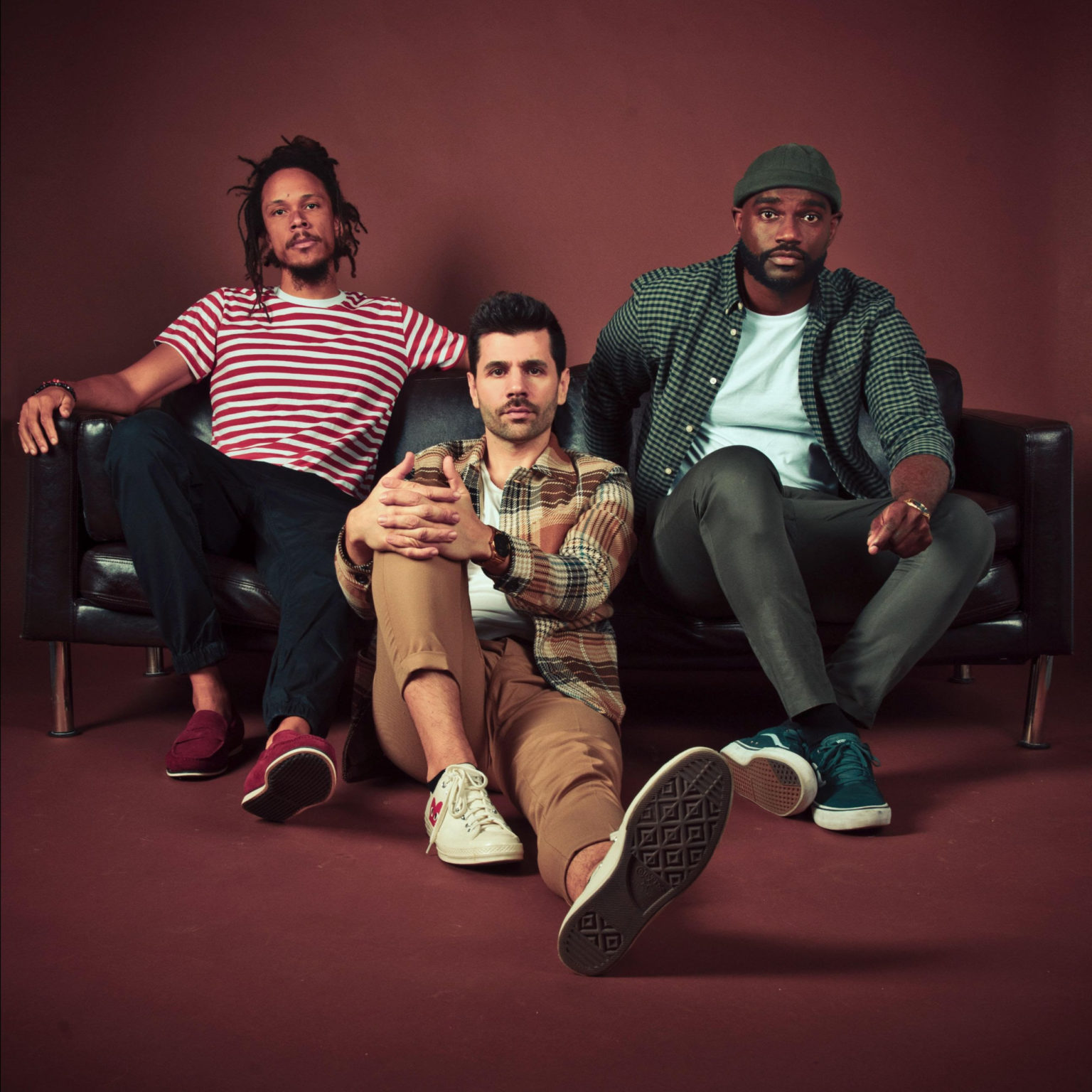 RDGLDGRN (aka Red Gold Green) recently gave two livestream concerts, with donations going to Capital Area Food Bank’s COVID response efforts. Their fan’s response, inspired the band to release an album of those livestream sessions, available on April 17. In anticipation, they recently dropped a new single “Everybody Living In A Trap.” King Green from the band explains the inspiration behind the song and video: “A year ago I was thinking about how we’ve trapped ourselves in this space with an endless scroll of content to keep us entertained and I wondered what would it be like if we couldn’t do anything but be on the Internet…and then that thought came true.”

RDGLDGRN started as a spark during a bedroom jam session from a basement in a DC suburb now burns brighter than ever for genre surfing trio RDGLDGRN. What brought the three together in their teens is the common sense of optimism that hard work, good ideas and flawless execution can lead American citizens of any race, creed or class to reach their dreams.

The band integrates elements of hip-hop, rock and go-go music to concoct an original sound influenced by their personal histories. Each member of the band was raised in a different version of the immigrant’s tale to find a better life on American soil. Pierre Desrosiers a/k/a King Green (vocals) is the son of Haitian immigrants from the 1970s. Andrei Busuioceanu a/k/a Gold (bass) arrived in America when he was 5 from Romania. Marcus Parham a/k/a Red (guitars) is an African-American raised as a global citizen attending high school in Ghana and living extensively overseas. The band name and each member’s identity is based on the three Pan-African Colors used most often on the flags of African nations. The members stick to this regimented palette for their clothes, seldom being seen in public otherwise.

While recording a studio session for their debut single, “I Love Lamp”, they met Dave Grohl who joined them to record their eponymous LP’s ten songs at storied Sound City Studios in LA. The album led to international touring and creative collaborations with Pharrell Williams and many others. After the first record, RDGLDGRN LP (Universal Republic), the band left the major label system to develop an independent, artistic vision through Deuce Day World, their label, both for music and fashion. On their two follow-up albums (RDGLDGRN Radio and RDGLDGRN 3) the sophistication of King Green’s original lyrics deepened and followed their journey across a variety of topics all pointed toward a living a better life: be it through love, success, global awareness (referenced by visits to see Green’s family in South Africa), sportsmanship (soccer), community service (teaching music workshops) or simply dancing.