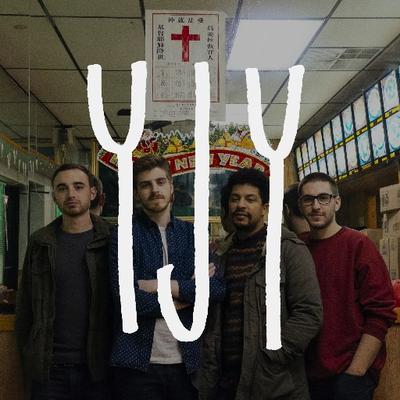 “Evergreens” was written in two parts. I wrote the chords, the vocal melody and the guitar melody after listening to the song “In Between Days” by The Cure everyday for about a month straight. I couldn’t come up with any lyrics, so I took it to Dave, our drummer. The track comes off YYJ’S forthcoming release The Same Noise, out September 19th on Sniffling Indie Kids.

Turned out that was a smart move because the song came really quickly once we started writing. Dave really provided most of the lyrical ideas for Evergreens. He felt like the melody had a nostalgic feel, so we worked in that direction, and latched onto the idea of an evergreen tree as a metaphor for a memory that just won’t fade away.

After an hour or two, we had the whole thing done. As we were writing we decided to change the key, which took away some of that Cure vibe, but if you listen closely you can still feel it.”