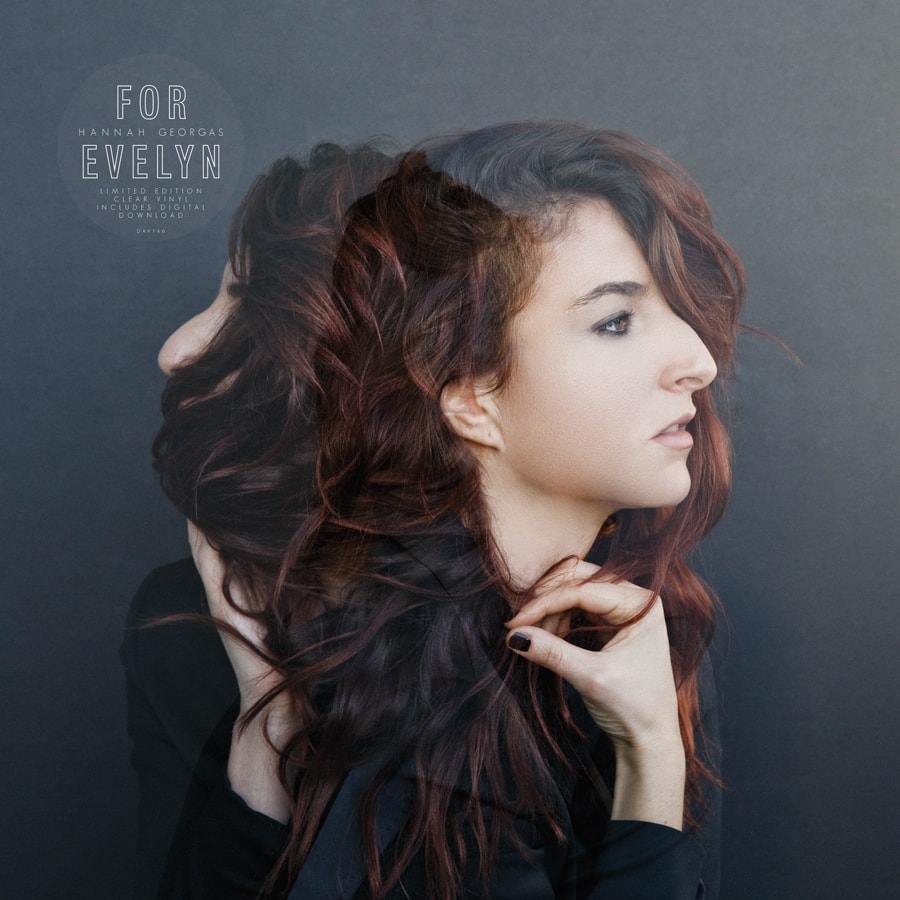 There’s an exciting point on “Robotic,” one of the stronger songs on Hannah Georgas’ self-titled 2012 LP, where the then-Vancouver based songwriter sings determinedly: “I wanna push reset.” Four long years later, Georgas has returned with a follow-up titled For Evelyn, and while it doesn’t entirely wash out the sounds she’s played with in the past, she’s definitely working on a new plateau.

While the artist’s 2010 debut, This Is Good, and the aforementioned sophomore set were pleasant enough, they mostly trafficked in the safe and effervescent sounds of guitar-modeled pop rock. For Evelyn, meanwhile, nearly abandons the familiar sounds of six strings to instead plunge into a plush pool of electro-organic orchestration. A soul enveloping symphony of saxes are the first sounds of “Rideback,” though they eventually pop above a slack digital snap beat. It sounds ultra cool and relaxed, despite Georgas’ rich-but-hushed lines detailing late night anxiety attacks, wondering just who the hell you are, and deciding whether or not your life has peaked. Fittingly, the horns swell into a tension-matching cacophony.

The first half of the record is extremely strong, with “Don’t Go” possibly being For Evelyn’s most touching entry. Sonically, Georgas and producer Graham Walsh (Holy Fuck) fit the track with an overwhelmingly luscious-but-forlorn tapestry of new age synth work, lullaby chimes, and echo-blasted ’80s snare drum. Throughout, the solo artist recalls time spent with her selfless mother, and is faced with the eventuality that one day she’ll be gone.

The record taps into various anxieties, making For Evelyn and raw, affecting, and personal release for Georgas. For the most part, it works to her benefit. “City” is an at-first tender piano ballad on which the songwriter explores empty feelings, displacement, delusion, and other such blue moods. Picking at these flaws, she could crumble frailly, but the track takes a different turn. Cathartic and violent, it explodes into cannon-huge computer kick drum, pizzicato electronics and more.

“Walls” is another excellent, though azure arrangement. A break up song, it takes stock of the emotional walls people can build around themselves. Sadly, they can be insurmountable to even those that tried be closest to us. In turn, this aversion to intimacy makes it easy to let go (“When you they’re left me, I was ready for you to leave”).

Despite a general seriousness in tone, For Evelyn presents some awkward growing pains for the evolving songwriter. De Facto title cut “Evelyn” is an exquisitely icy and oscillated electro pop stomp, the kind of song you’d hope Nicolas Winding Refn would be dying to use in an extra bleak Drive-style movie scene. That said, it really pulls you out of the moment when Georgas goofily rolls out a line about someone having “beans for brains.” “Loveseat,” meanwhile, is an overly peppy mid-album piece that all-too-gleefully flings out the hokey wah wah guitar effects.

Blessedly, “Crazy Shit” overcomes the silliness of its song title and opening line (“Last night was pretty fucked up, right?”) with its infectious electronic pop wriggle.

Despite a few odd moments, Georgas’ For Evelyn is well worth the wait. Here’s hoping the creator’s trigger finger is relaxed for now, because there’s no need to press the reset button just yet.