Swedish duo Eternal Death have premiered their new single, “Fade”, today, before its September 30 release date on Labrador Records. “Fade” is the third single of 2014 from Elin Berlin and Johan Angergård, who emerged last fall with the video “Eternal Death“, 4-minutes of total silence and darkness, which created equal amounts of fascination and confusion Eternal Death emerged out of the darkness in January of this year with “Head“, with a sound that combines elements of Human League with Burial.

Of “Fade”, Elin Berlin stated, “With our last single “Bullet” we just wanted to get everything out of us – convey all the emotions, anger, desperation.  Get down to the core of Eternal Death. But this time it is different.  The deafening noises have subsided; the dark clouds have eased and settled like a heavy fog. “Fade” has that same mysterious, anxious feel like our previous songs, but it’s more burdensome and subtle. It is a song that gropes in darkness and burst into the light, like haze in a dim forest. A given soundtrack for a cold winters day.”

Eternal Death are putting the finishing touches on their debut full-length album, which will arrive on Labrador Records in winter 2015. 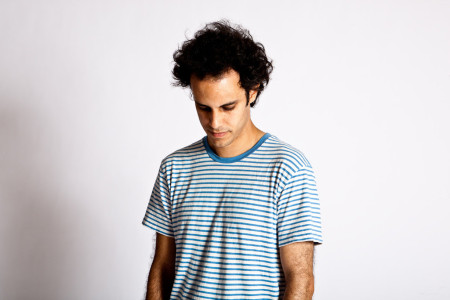