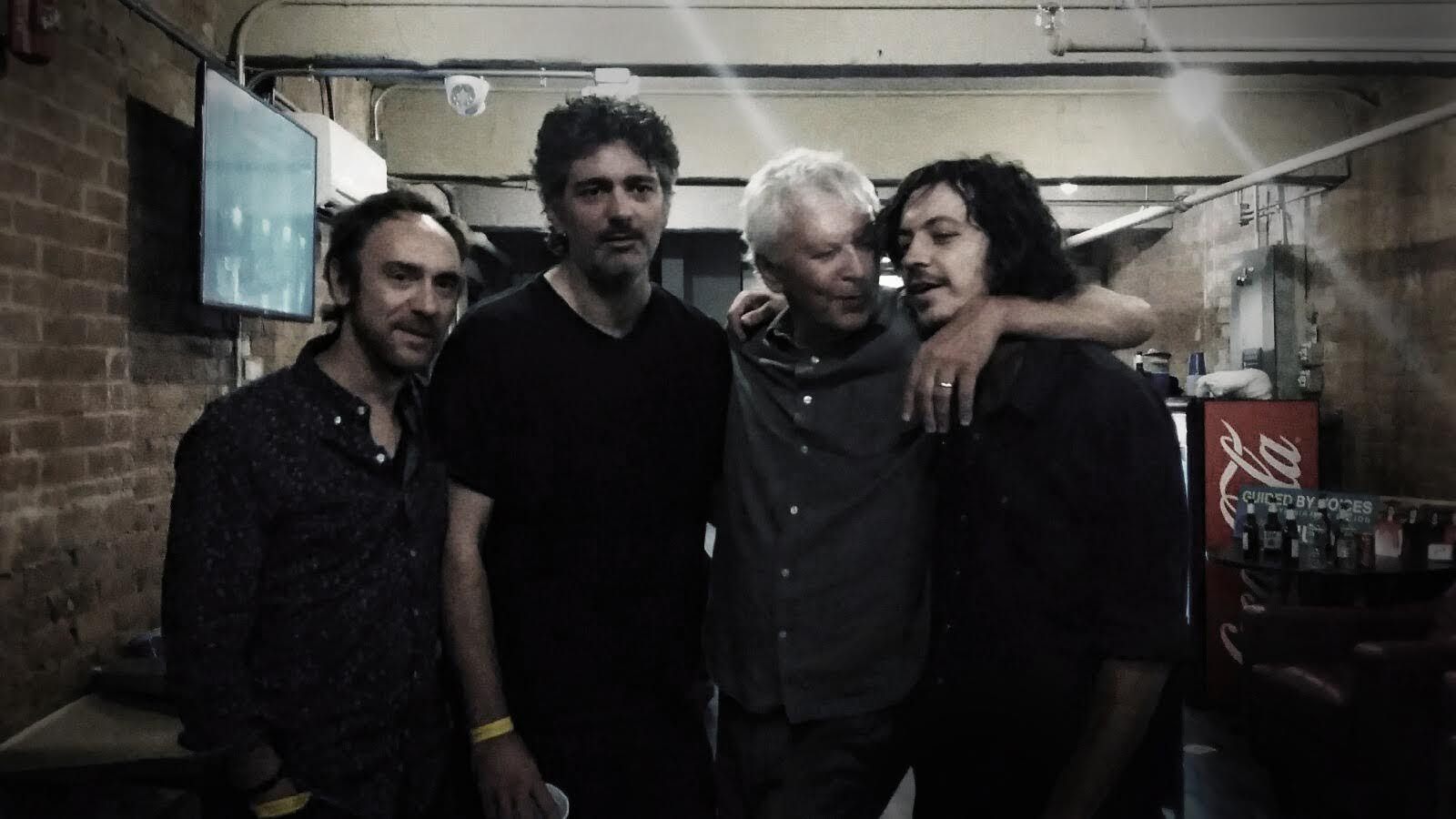 ESP Ohio, have shared their “Lithuanian Bombshells”. “Bombshells” and previously released single “Royal Cyclopean” will be available on 7″ October 21st via Rockathon Records. ESP Ohio’s new album is called Starting Point Of The Royal Cyclopean and it is out 11/18.

Robert Pollard wrote these songs and sent them off to Brooklyn-based bandmates guitarist Doug Gillard (Nada Surf, Guided By Voices), bassist Mark Shue (Guided By Voices, Beech Creeps) and drummer Travis Harrison (Lifeguards producer) to be fleshed out and then returned to him for vocal recording and mixing in the Buckeye State. In other words, rather than trying to fit the words/melodies around someone else’s musical structure, he created the musical structure to fit his words/melodies. Also, there’s a band photo.

It makes a difference. In some ways Starting Point harkens back to Isolation Drills-era Guided By Voices, perhaps inevitably with Doug Gillard playing guitar and contributing arrangements the way he did in that era of GBV. Shue and Harrison provide a workmanlike bedrock; Shue in particular exhibits a refined melodic sense that works in lockstep with Gillard’s expansive arrangements (for example: “Miss Hospital ’93,” “Lithuanian Bombshells”).

Pollard won’t say whether this is a one-off or Volume One of a series, but he’s keeping the door open. That’s maybe a key to his “process”: always keep the door open. After countless songs, records, bands, line-ups, bottles of tequila, after everything, anything is possible.