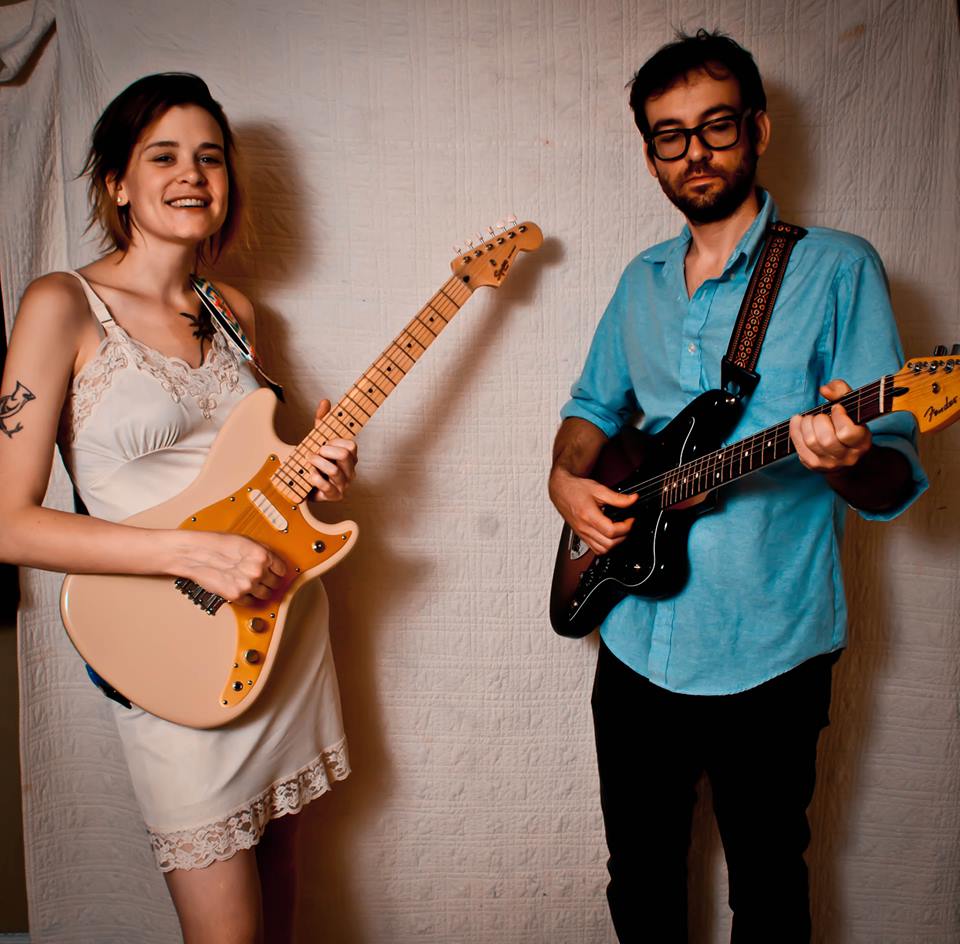 North Carolina duo, Eros and the Eschaton, have added more dates to their already month-long U.S. tour in support of their debut album, Home Address For Civil War, released in August on Bar/None Records. The tour runs back through New York City next week for the CMJ Music Marathon, October 18 at Cake Shop (10:30pm).

Eros and the Eschaton are made up of Kate Perdoni and Adam Hawkins. The two met in Omaha, Nebraska when Perdoni traveled with The Haunted Windchimes from Colorado to support Hawkins’ band It’s True!. A spark, a connection – and Perdoni left Colorado to join It’s True! on the road to California with her solo project Katey Sleeveless, settling with Hawkins in the Midwest upon the completion of their tour.

A year later, their child was born. After a brief rest, the two hit the road again with their solo acts, taking turns off stage to watch their baby son as the other performed. Ready to be landlocked for a while after months of travel, they played a show in Greensboro, North Carolina and felt it was as good a place as any to rent a home and begin writing songs. Inspired by their new child, an evolved relationship, and their new location, Eros and the Eschaton came to be. The duo self-released two home-recorded singles in 2012 and caught the ears of Bar/None Records. With Home Address For Civil War, Eros and the Eschaton create a sound that shimmers and swirls like a carnival on a summer’s night, bringing together elements of Low, Slowdive, and Yo La Tengo, filtered through a bright-eyed view.