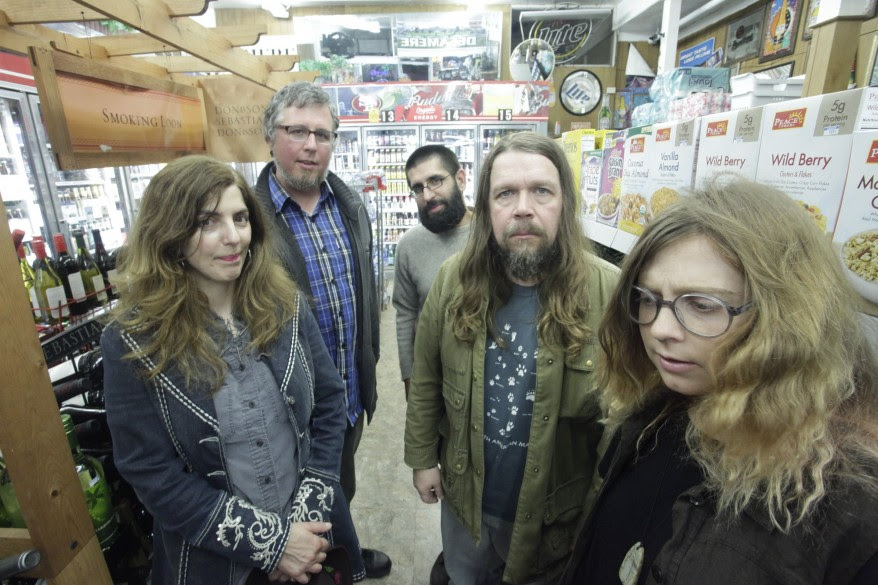 On ‘Enter Quietly’:
The first track on “Excursions to Cloudland” – “Enter Quietly,” at over twelve minutes, the album’s longest, though not by much – stands as a clear enough expression of the benefits derived from Dire Wolves’ multi-dimensional membership, ineffable though it may be. There’s something in it to remind grey-haired listeners of The Incredible String Band; for less aged ears, it simply sounds incredible. At just over a minute in, we hear the first indication of the presence of Lau Nau, a.k.a. Laura Naukkarinen, whose fine, otherworldly vocals effortlessly wrap like wisteria vines around the yearning violin employed throughout the album, rapidly becoming the Polaris of Dire Wolves’ expansive sky, and ultimately, the defining characteristic of “Excursions to Cloudland.”