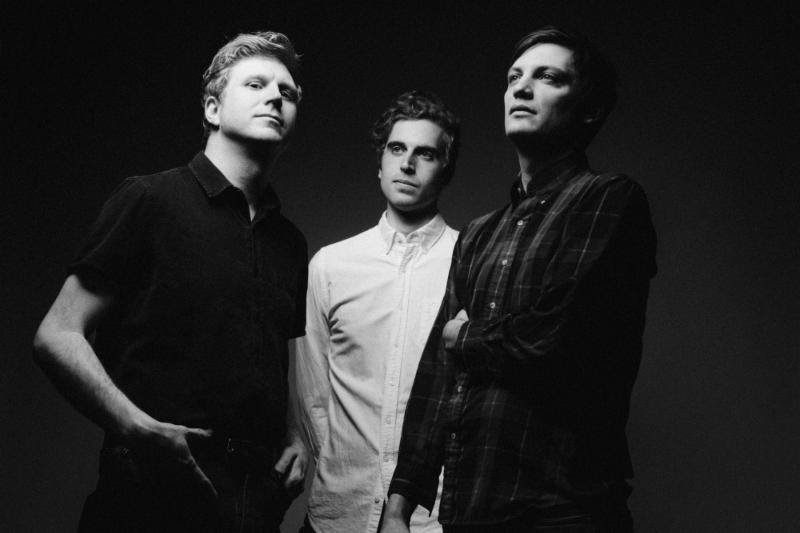 Today, sees the release of Grooms’ new full-length Exit Index. The second single off the album is “End”. Grooms’ Travis Johnson says the track “is about my friend Thomas Fekete who died last year while we were recording the record. I had been sending him early mixes of the record and we were talking about what it sounded like, and then he left us. I still didn’t have lyrics for this one yet at the time and it became about him. Musically, it’s all cut up and pasted into the song that it is now from like 10 minutes of jamming, plus some sections from this noisy sample collage stuff I’d made in the months before we went in to record.”

Johnson has co-owned the Brooklyn pedal company Death By Audio Effects since 2008 and to celebrate Exit Index he made a limited-edition effect pedal, released this week. He says, “I wanted to make a tremolo pedal to come out with the Exit Index because, almost randomly, there is a lot of tremolo used on it. I’ve barely used tremolo before but came across an old Fender Princeton amp with tremolo, given to me for free, and decided to record most of the guitars with it. The tremolo on it is noisy and interesting and I used it a lot but it made me think about how I hadn’t heard anything all that interesting done in a trem pedal in a while. It’s one of the oldest, simplest effects. So I decided to try and make something that involves tremolo but really pushes it in weird ways. I like weird, noisy, idiosyncratic effects, so I decided to use the noisiness of that Fender amp and give it more violence, almost like a Leslie, with lots of aggression and thump that can, but doesn’t have to, mangle the signal. It can make really angelic, pretty sounds and alien, harsh ones too. I hope people have fun with it.” More info here: