Empress Of premieres “How Do You Do It” video 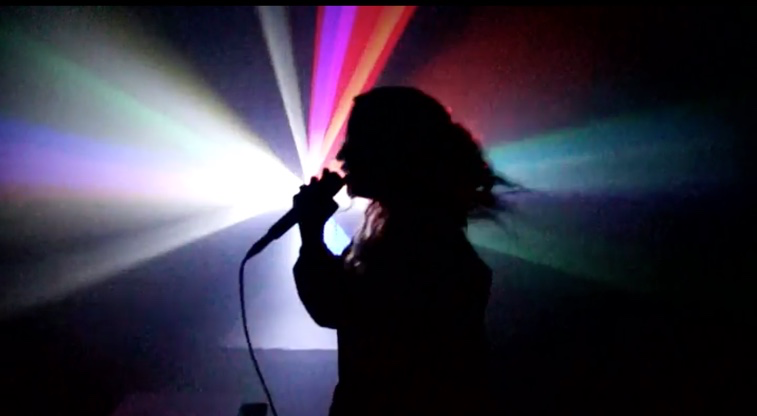 Today Empress Of (a.k.a. Lorely Rodriquez) has released a new music video for “How Do You Do It,” the third single from her debut album Me, out September 11 on Terrible Records. Reflecting the deeply personal themes of Me, the video for “How Do You Do It” was filmed in Lorely’s hometown of Los Angeles and plays out like a personal travelogue giving viewers an intimate look inside the life of Empress Of. “On tour, I spend 23 hours of my day driving, flying, shaving my legs in gross venue bathrooms, sleeping on floors or in motels… to get to that one hour of bliss on stage. I wanted to make a video about this other side of being an artist,” explains Lorely.

Me was produced, recorded and engineered entirely by Lorely over the course of 2014. The ten-track album plays out like diary entries; musing on the personal, the political, and everything that falls in-between. On tracks, which you can preview now, “Kitty Kat” and “Water Water,” Lorely sings candidly on street harassment and water scarcity, but mostly Lorely’s lyrics are more introspective; songs of broken relationships, new ones starting, and ultimately, self-reliance.

In support of Me, Empress Of will complete a headline, North American tour that starts September 6 in Philadelphia (full list of dates below). Additionally Empress Of recently completed a three night residency at Power Lunches in Dalston. This short run of shows was inspired by a similar week of shows in NYC, her 5 night residency at Elvis Guesthouse saw her joined by a unique mix of musicians including Ezra Koenig, Dev Hynes and Terrible Records label mate Le1f. Lastly, she’ll join Purity Ring for dates abroad this fall.

About Me: The roots of Me start in an empty practice space in Brooklyn, where Lorely spent many nights dancing alone next to a little spinning silver disco ball. “After touring the EP, I realized I wanted to make music that was fun to perform live,” she says. “Every lyric on the record, I could tell you exactly what I was doing when I wrote it,” Lorely exaplins, “I wanted to write songs that gave me this feeling of reliving moments in my life.”

Empress Of Me tracklist:
1. Everything Is You