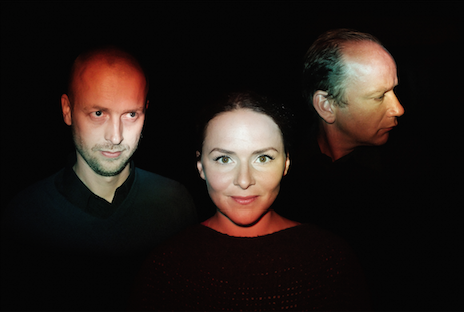 Emiliana Torrini & The Colorist Orchestra, have announced a new collaborative album, set for release on December 9th. This is a live album containing nine Emiliana Torrini songs from her catalog along with two brand new songs.

The Colorist Orchestra is a Belgian ensemble founded by Aarich Jespers and Kobe Proesmans in 2013. They re-envision the repertoires of established musicians from across genres using traditional classical instruments and arrangements, along with a variety of their own musical inventions to contribute innovative, never-before-heard sounds and grooves to their compositions and re-compositions.

When Jespers and Proesmans, fans of Torrini’s rich catalogue, invited her to collaborate on a series of live concerts, she was intrigued, and asked them to re-compose one of her songs to see what their concept was all about. The result, a wholly novel rendition of “Animal Games” from her most recent album Tookah, convinced Torrini that working with the group was a creative opportunity that she shouldn’t dare miss.

Although The Colorist Orchestra had initially planned to “re-color” only seven of Torrini’s songs, she was so enthralled by what she’d heard that she convinced them to work with her on more. Jespers and Proesmans put together a new eight-piece ensemble to create live re-envisionings of the works.

The group created a new world out of the music, and while Torrini admitted that she could barely recognize many of her own songs in the rearrangements, the collaboration – from emails and Skype calls to rehearsals, sound-checks, and finally, the live concerts – came together organically and beautifully, with Torrini’s talent elevating The Colorist orchestra’s creativity, and the group helping her rediscover the joy and the power within her own songs in this new light.

Two brand-new Emiliana Torrini songs debut on this album: “Nightfall,” written by Kid Koala and Torrini; and “When We Dance,” written by Jespers, Proesmans, and Torrini. The latter reflects the musical chemistry the three musicians developed during the process of rehearsal and performance for the Colorist concerts.