Here lies my third Long-Playing collection of songs. The vast majority of what can be heard is the product of my own placement of microphone to source in the period between February 2012 & December 2013. My previous releases had for the most part been made with steady players in studios and overheard by engineers and producers, so this was for me both a novel approach and a return to the 4-tracking solitary self of my early 20’s.

I recorded and edited mostly at home {middle new york}, sometimes with others and at their places {hudson, dallas, los angeles}, in american hotels and for a spell in a “Wilderness” {im}mobile home happenstantially catching radio waves {ojai}. Ultimately it is a record full of waves and of changes. Pink and white Mini Moog waves; man receives the heart of a hog and undergoes spiritual transformation; AM waves run off with fluorescent wives-to-be; the living become dead and are brought back again; barking waves, interior waves, static waves. Dewan oscillators turn medicine Tarkas; cosmic waves, sea waves, the one wave of the river; one man becomes another man without losing his skin; for a brief moment a woman becomes mannequin; another leaves secretariat for ceremonial administration; drones at large awake and alter course. And so another Earthling’s notions begat and became waves and WAVs.

After thinking I would call the record the unreal Romance infinitive, “Transformir” {its Morpho’s body emerged from my studio and newly-established label, MIR}, I thought I might simply call it “Waves”. But upon reaching dry land of completion, I discovered a word novel to me and better fitting the songs: ‘Aubade’. It conveniently spoke the name of the sort of piece I had in the beginning imagined presenting on this album. One to attend the renewal and translation pointed to by the Mesoamerican Long Count Calendar, the Eagle and the Condor Prophecy of farther south, the dawning of the Fifth Age of the Hopi & that of Aquarius, etc, etc.

And the word itself performed a little revolution before the eye. On first sight and with atrophied French it read to me as ‘obeyed’. And I was led to consider whom and what man-made I have obeyed in lieu of natural and supernatural law. And that turned to ‘Io bayed’ {a moon of Jupiter named for the lover he changed to white heifer}. And that turned to ‘I/O bade’ {the analog to digital interface I faced in making this record}. Finally it rested back with the hopeful ‘I aubade’, as whom and what we obey can go from night to day at will.

Now to me more present tense verb than antique noun, to ‘aubade’ is all I’m aiming and hoping for here, to offer redoubling night a suggestion of daybreak.

This new work comes as something of a departure from his previous releases on XL Recordings. Whereas AshWednesday (2007) would not have been itself without the guidance of friend and producer Ethan Gold, and the eponymous  Elvis Perkins in Dearland and subsequent Doomsday EP (2009) were group efforts, “I Aubade” was on the whole an autonomous project. “I had the impulse to hear what would happen if left to and with my own devices,” says Perkins. “Not surprisingly this is the thing that sounds the most, to me, like myself.”

That said,  a number of musicians, including Nick Kinsey and Wyndham Boylan-Garnett of Dearland, drummer Otto Hauser and multi-instrumentalist Frank Fairfield contributed to the album. Singer Cornelia Livingston is featured on several tracks and long time collaborator Becky Stark of Lavender Diamond makes an appearance as well.

The mixing was done by Jesse Lauter with Elvis Perkins and Alan Silverman mastered.  It will be manufactured and distributed by the music division of Isolation Network, INgrooves. Mr. Perkins will be touring in support of the new album in the spring of 2015. 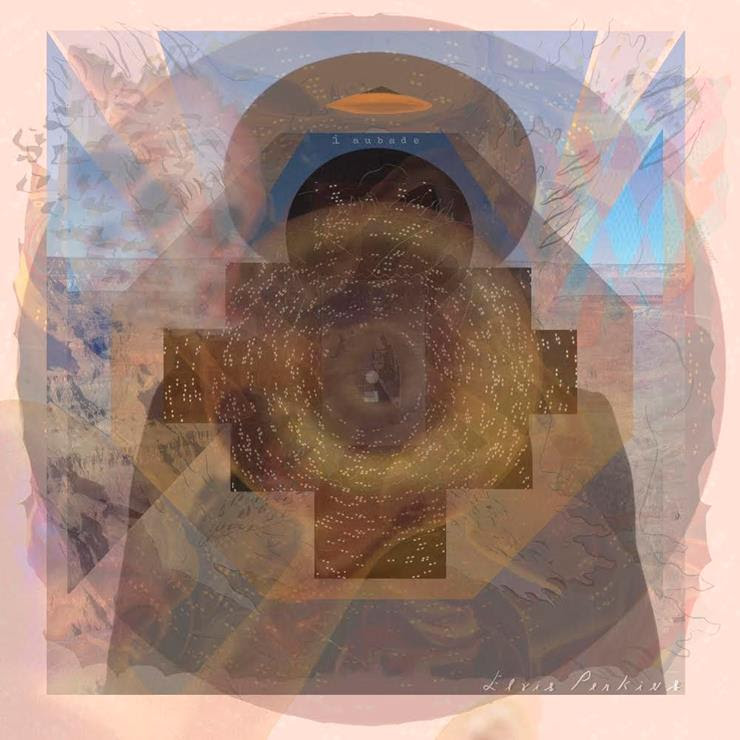