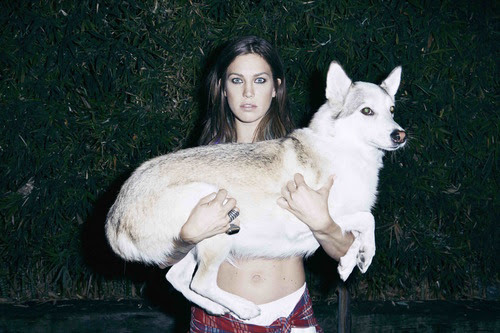 Today, Elliphant comes to us with an all-new impressive sonic offering with her unique, genre-bending single “Club Now Skunk”. The new single – out today on all digital platforms – is accompanied by an official video and features hip hop/bounce diva Big Freedia.

Directed by Swedish filmmaker Johan Holm and styled by Stina Persson, who collaborated with Elliphant to make unique custom pieces especially for the video, they’ve created a surreal and captivating experience.

“I hunted the ‘Queen’ down in DC!” says Elliphant on how this collaboration came to be. “By far the most top notch and coolest collaboration I could ever dream of! I waited by the merchandise stall like a real groupie. Freedia responded warmly and said ‘I’ll look out for you girl!” Three weeks later, the seed I planted that night popped in a studio in Eagle Rock, Los Angeles and that is where we made ‘Club Now Skunk’!!!”

Elliphant has worked with some of the world’s biggest producers, from Grammy Award nominees and winners Skrillex, Dr. Luke, Diplo, Major Lazer and Joel Little (the man responsible for producing Lorde’s debut album). Her diversity and courage to do what she wants musically are what make her so appealing.

Currently Elliphant is on a European tour with Major Lazer and will be returning to North America later this year.