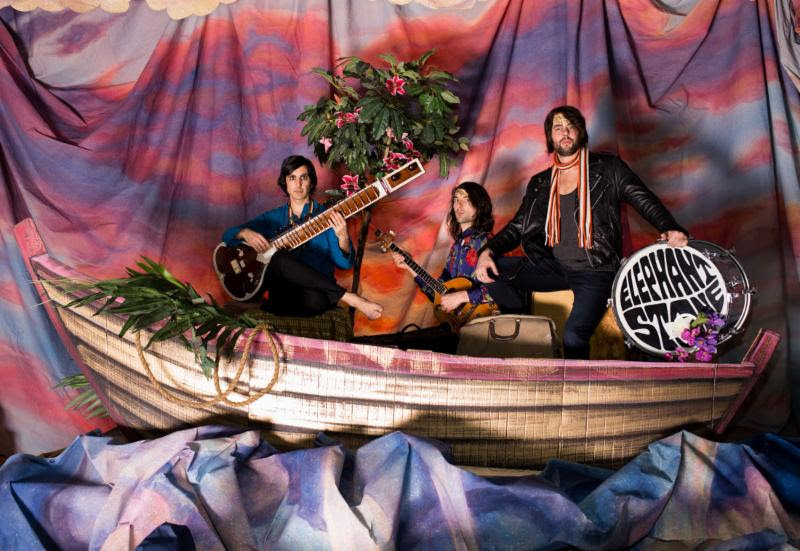 Psych-rock trio Elephant Stone have announced their fourth full-length Ship Of Fools, which will see a digital release on September 16th via Elephants on Parade and a physical release on November 25 via Burger Records. The band has shared album opener “Manipulator.” The group has also shared a lyric video for the track with the simple statement “Pokémon GO = Mind Control.” Elephant Stone has also announced a short run of dates in the northeastern U.S. The Montreal trio led by singer/bassist/songwriter/sitar player, Rishi Dhir. With Ship of Fools, Dhir and his bandmates — Miles Dupire (drummer/backing vox) and Gabriel Lambert (guitar/backing vox).

As “Manipulator” attests, Ship of Fools presents a new Elephant Stone emphasizing catchy grooves and vocal melodies that smack of both infectious pop and dance. But Dhir’s lyrics have lost none of their sophistication: his social commentary makes “Manipulator” music for the head and heart.

The rest of Ship of Fools follows suit. The creation of its eleven tracks, as Dhir says, allowed him to embrace his true identity as “pop songwriter” whose tunes are custom built for the dance floor. “The Devil’s Shelter (ft. Alex Maas of The Black Angels),” “Where I’m Going,” and “Andromeda” have already been released as singles. They explore the deep reaches of space rock (“Andromeda”), aggressive dance music (“The Devil’s Shelter”).

Formed in Montreal in 2009, Elephant Stone have toured extensively throughout North America and Europe and are prominent members of the burgeoning psych rock scene. Dhir has recorded, performed, and toured with indie rock icons (Beck), legendary cult bands (The Brian Jonestown Massacre), and contemporary psych titans (The Black Angels, The Horrors).