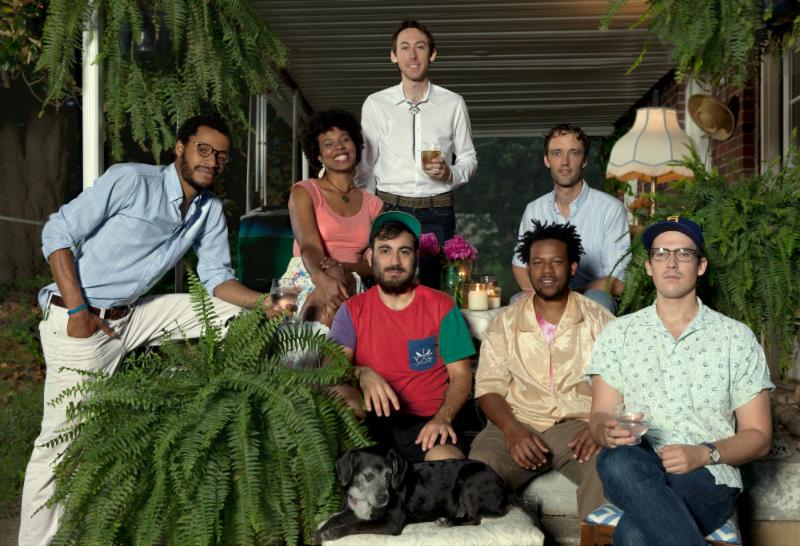 Share on TwitterShare on PinterestShare on PocketShare on RedditShare on FacebookShare on Email
ELEL, consisting of two horns, two drums, three keys, guitar, bass and whole lot of vocals, was born from frontman Ben Elkins meeting a girl named Eliska. Ben’s now wife softened his edges while introducing him to the likes of Beach House and Toro Y Moi. Speaking on ELEL, Ben says, “It’s the outcome of me producing music that risks leaving space and communicates emotion easily and softly.” This band represents a new start for its members, for a variety of reasons. Tied together by the bustling Nashville music scene but from an array of locations, ELEL includes Ben (Arkansas), Zach (Kentucky), Tim (Mississippi), Jo Jo (Queens, NY), Alex (Pennsylvania), and life-long Nashvillians (so far) Frederick, Jerry and Stefan. According to Ben, “’40 Watt’ is a big loud dance song about dancing with one other person in a little bitty house.”
ELEL will release their self-titled debut EP on Mom + Pop Music on March 3. The
ELEL EP will feature four tracks from the Nashville indie-pop collective, including the band’s breakout single “40 Watt.