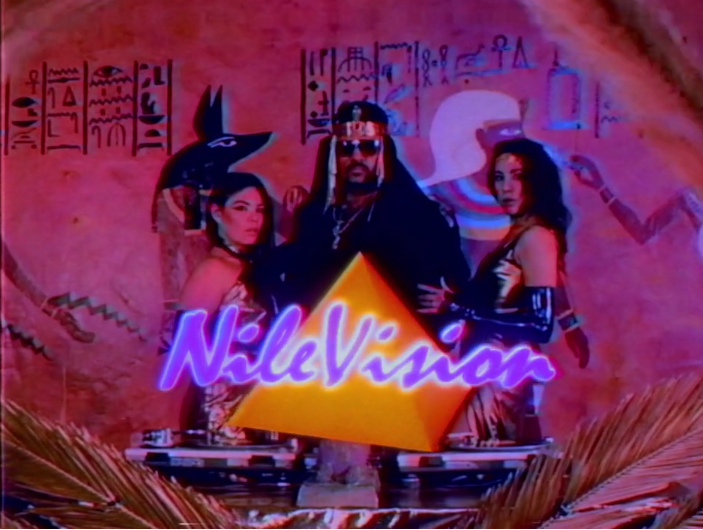 Stones Throw’s Egyptian Lover 1983-1988 Anthology is out now, honoring the the West Coast hip hop pioneer and one of the most influential producers and artists in hip hop, electro and funk. along with release, the label premiered a brand new video for “I Cry (Night After Night)”. The video stars Egyptian Lover with special appearances from Dam-Funk, Folerio, Geneva Jaccuzi, Lady Tigra, Mild High Club and various friends and artists on the label.

Egyptian Lover explains the backstory behind the track, “I Cry (Night After Night) was really different from the other music I’ve made and was inspired by one of my father’s Dean Martin records, “The Middle of the Night is my Crying Time” I loved how Dino could be soft but such a ladies man. I wanted to be him.”

Director Zev Deans reveals, “There we were beneath the hot Los Angeles sun, my tireless crew digging for days, in shifts, into the deep sand and bedrock of Vermont Square. Just when we were about to give up, my shovel hit something solid with a loud “thunk”. I brushed the sand off, to reveal an ancient VHS tape covered in hieroglyphics. Could this be a relic from the great Pharaoh of 1984, the one they call the “Egyptian Lover”…….?”

Growing up listening to Kraftwerk, Prince, Rick James and Zapp, Egyptian Lover got his start compiling mixes of his favorite records, including his own instrumental beats created on his Roland TR 808 drum machine. The club-ready cassette tape mixes started selling in the thousands. Following in the footsteps of The Sugarhill Gang, Broussard began rapping over his beats to give the party people what they wanted. The neighborhood responded, transforming him into a local celebrity.

With his star status rising higher, Egyptian Lover joined Uncle Jam’s Army and moved 10,000 person crowds at the LA Sports Arena with his impressive knack for scratching, performing turntable tricks and MCing. In the mid ‘80s, LA was becoming the electro rap capital and Egyptian Lover was at the forefront of this new West Coast rap sound, not only with his unique producer/DJ/MC aptitude, but also as label owner of Egyptian Empire Records. Selling hundreds of thousands of his 12” singles (“Egypt/Egypt”, “Dial-A-Freak”, “Girls”, “Freak-A-Holic”) to DJs and fans around the world. Egyptian Lover invented the innovative sound of combining up-tempo, synth-heavy electro beats with rap vocals.

Since 1983, Egyptian Lover has remained true to his sound by recording on analog equipment, which helps create his signature sound. Egyptian Lover’s influence cannot be overstated – not only did he change the face of West Coast hip hop, but also greatly influenced electronic, techno, R&B and pop music to this day.

Stones Throw Records has compiled the anthology Egyptian Lover 1983 to 1988, celebrating the West Coast electro hip-hop pioneer’s early catalog. Set for release April 15, the 22 classic and unreleased recordings were all taken from the original master tapes. The anthology will be released on vinyl, CD and digital formats. The deluxe vinyl box set includes four LPs and is housed in an all-black case with gold foil print. Both vinyl and CD versions include a 20-page book with archival photos, liner notes and detailed track history by Egyptian Lover.