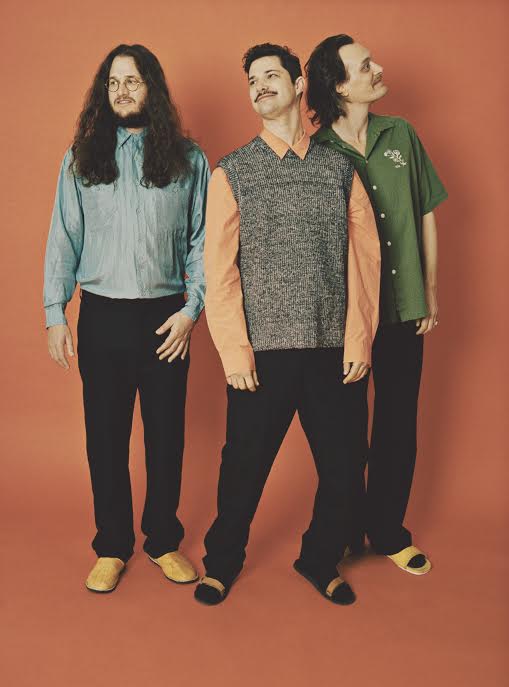 Efterklang have shared a new song and video from their forthcoming fifth studio album Altid Sammen, the trio’s first release in their native Danish. Entitled ‘I dine øjne’, meaning In your eyes. The companion video reunites Efterklang with director Andreas Koefoed, cinematographer Adam Jandrup and model/photographer Helena Christensen – the same team behind the visuals for first single ‘Vi er uendelig’. As with its predecessor, ‘I dine øjne' brings Christensen and Efterklang vocalist Casper Clausen together on-screen in a hushed sensual and enigmatic video, this time exploring a darker atmosphere with striking close-up of the band and Christensen’s eyes. Lyricist Casper Clausen explains ‘I dine øjne’ is “about peepholes to a fantasy, in the eyes of a person you just met in a brief encounter. It’s definitely driven by desire and lust, but also that feeling of loss when you wake up, alone with yourself again.”

Seven years after their last album, Efterklang will release Altid Sammen (meaning “always together”) on 20 September. Deep and sonorous, it is steeped in the sonic experimentation that has long been their trademark since Tripper, the Danes’ 2004 debut. As bold and ambitious in scope as their last collection of songs, Piramida, Casper Clausen (vocals), Mads Brauer (synths, electronics) and Rasmus Stolberg (bass) have taken another creative U-turn, this time fusing baroque instrumentation with their signature expansive sound.