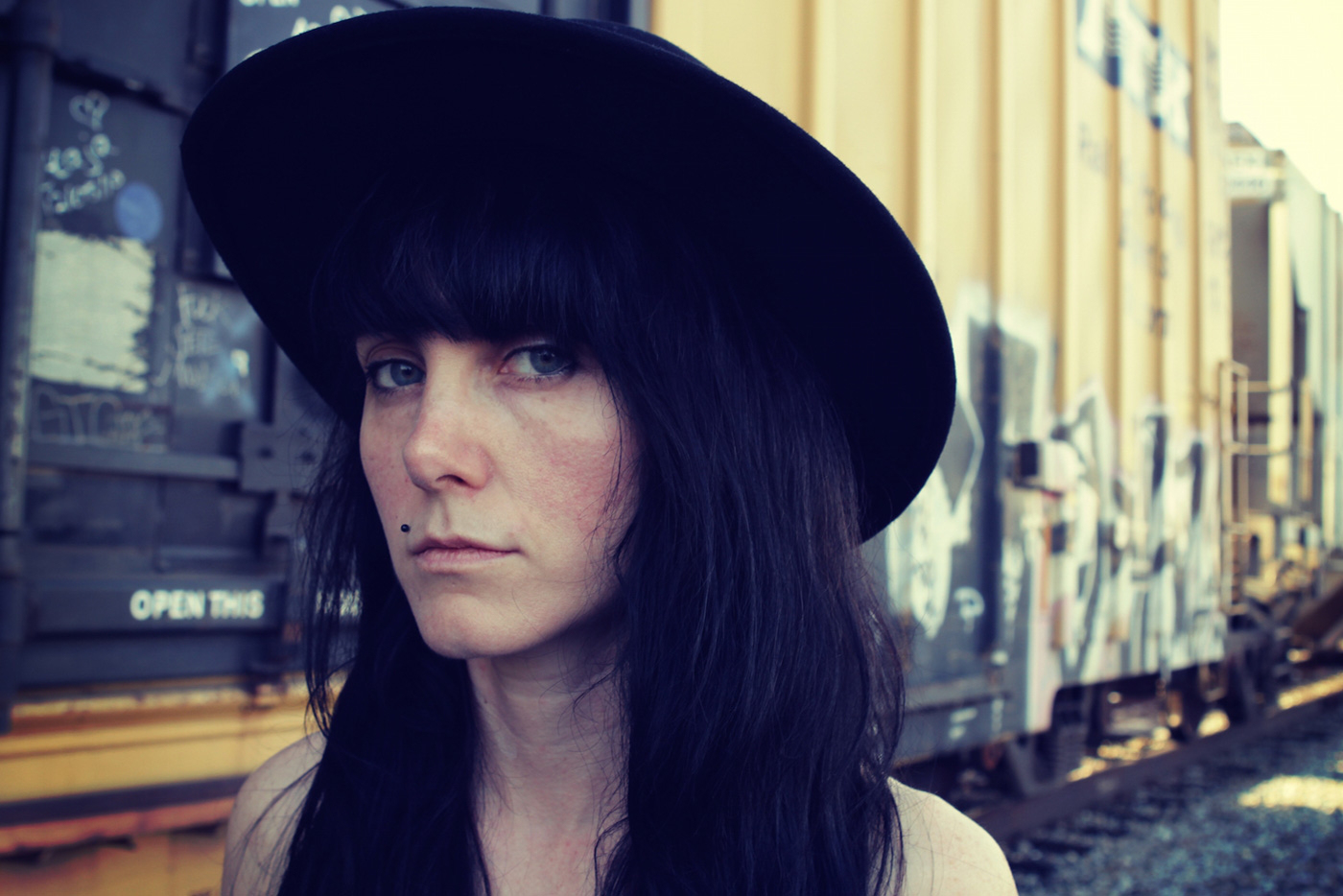 Born in Perpignan (France), singer-songwriter Edith Crash blends a symphony of passionate blues and frenetic folk. After living in Spain for the majority of her teenage years, Crash honed in her sound which gave way to her recording and producing her first albums in 2010. Now appearing as a one woman band based in Los Angeles California, the enigmatic front woman exudes power and commands an incredible live performance that is not to be missed. She comes to us today with a new single, “On Aurait Pu Rester Là” (We Could Have Stayed There).

In 2013, she left France for the US where she’s since familiarized herself with the city and its diverse collection of music scenes. “Every crazy thing you can find, you can find it here,” she says of LA’s musical melting pot. “It’s quite different from Europe.”

When crossing the Atlantic ocean in March of 2013, many of her artist-peers that she also also cross the language barrier and sing in English when she arrived to the States. “I didn’t know what to expect, singing in French,” Crash says not wanting to comprise the sentiment of the songs she writes. “I’ve gotten good feedback from people and I truly believe that music is the universal language.”

Her latest album Partir was recorded with producer Alain Johannes (Eleven, Queens Of The Stone Age, Mark Lanegan) at 11AD Studio.
Edith has been making additional headway recently, with the the song “Casser”, remixed by Sokio, featuring in the movie “Knock Knock” directed by Eli Roth and starring Keanu Reeves, Lorenza Izzo and Ana de Armas. The film premiered at Sundance Festival 2015.

Edith has also announced a fall tour, saying “We’re booking a tour with The Great Sadness in November and we’re looking to play in your house!”
More details are certain to come later.

“On Aurait Pu Rester Là” (We Could Have Stayed There) is the debut track off the LP to be released in the fall of 2015.