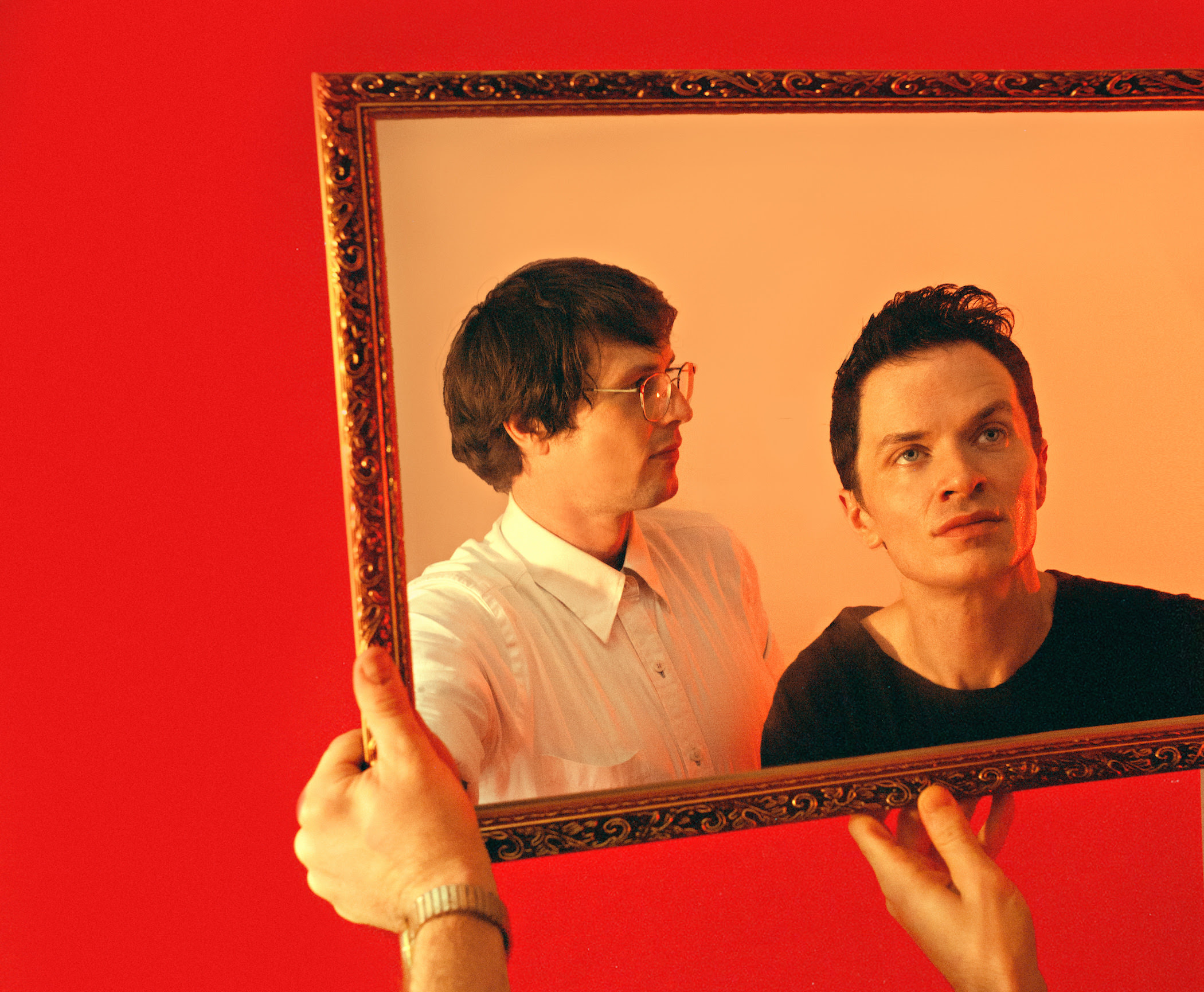 On Riddles, their first release for Carpark, Ed and Devlin invited their close friend, electronic-pop maestro and fellow Baltimore-based artist Dan Deacon, to expand their sound and experiment with them as the album’s producer, arranger, and co-writer. Working steadily in Dan’s studio for two years in total collaboration, three evolving musicians pushed through an intense period of personal tumult and found purpose in the sounds they were committing to record. The album is due out on March 2nd. The duo kick off their tour on March 1st in Baltimore, MD.

“To me this song is about shaking the ghost of an ever-present teenage self, only to realize you are only ‘that ghost’ and nothing more. You’ve been asleep in your head and you wake to a shattered present which makes that over-romanticized ‘ideal’ past all that more alluring. Even with its monsters, you run back into it and pull the covers over your head.

“This was where my head was at the time I got a voicemail that my Step Dad died. He was a larger than life character who I had very mixed and unresolved feelings about. Learning of his death was like waking up and suddenly the mountains were all gone. Gravity shifted, and it kicked up all the dust bunnies of a damaged past along with its rich, dark beauty.”

Dan, Ed, and Devlin all poured emotions produced by major life changes into these sessions. While in Puerto Rico on a rare vacation, Ed learned of the death of his stepfather, a charismatic but abusive figure who’d cast a dominant shadow on his formative years. Devlin sat at the bedside of his brother, who’d long lived with a terminal illness, as he saw through his choice to die with dignity. And Dan’s longest relationship, which had stretched across his entire career as a musician thus far, came to an end. “I looked forward to these sessions when everything else in life was a shit-show,” recalls Devlin, who began the record commuting from Providence to Baltimore, but moved into Dan’s studio as it neared completion.