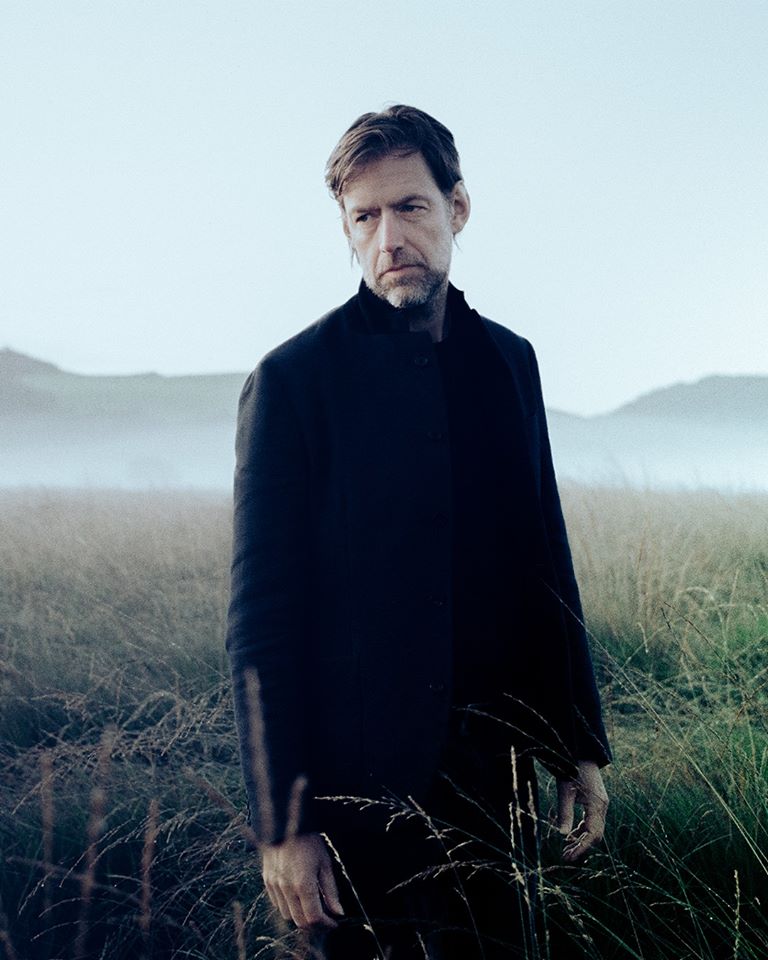 What more can anyone possibly say about Radiohead? They have been a band that has been crafting the most wonderfully genre defying music since most of us can even remember. They are an intrinsic part of the modern musical lexicon, the are THE band. From their earliest days, forming in high school, to capturing the attention of even the most casual music fan around the world, Radiohead has been pushing the limits of what is possible in their field. They’ve put out some of the most iconic albums ever to be released and now founding member Ed O’Brien is ready to step out on his own with his first ever solo release, the thoughtfully beautiful Earth. The guitarist has played a vital supporting role in the band since their inception and with Earth O’Brien is front and centre, joined by an enviable band of players in their own right, such as Radiohead bandmate Colin Greenwood, Portishead guitarist Adrian Utley, Wilco drummer Glenn Kotche, drum legend Omar Hakim, masterful bass player Nathan East, Laura Marling, David Okumu of The Invisible, Adam ‘Cecil’ Bartlett, Richie Kennedy, Marcelo S. Silva and producers Flood and Catherine Marks. The album, which is being released under the name EOB, is out everywhere April 17th and when we catch up with O’Brien to talk about Earth, the multi talented musician and songwriter thoughtfully leads us through how this all came to be.

“I’m just in Wales at home,” he says from our ZOOM call. It was widely reported that O’Brien had contacted the COVID-19 virus but he has gotten past the worst of it and sounds chipper and excited to discuss his new project. “I’ve been here with my family and getting over the virus but apart from that it’s been amazing to be here in nature with spring rising. It’s quite idyllic.” O’Brien has played in Radiohead since the mid 1980s and Earth is his first foray into stepping out on his own. “I don’t know really,” he says thoughtfully about why it took this long for him to release his own material. “It might sound weird. There is a certain element of mystery around why any musician gets inspired to write.” One of the main factors, he says, that kept him from pursuing this was his intention to be there for his family when he had any downtime from touring with Radiohead. “Our children were born in 2004 and 2006 and I really wanted to be all hands on deck as a father and husband. When I wasn’t with the band wanted to be with the family.” He explains. “It’s a really extraordinary feeling to have these little ones running around your ankles and I just had this deep sense of feeling that I wouldn’t be able to recapture these years.” Another stoke of luck was that Radiohead decided to take some time off as well. “We took some time to be out of the hamster wheel of not only the band and touring but also living in London.” O’Brien and his family moved to Brazil during this period and his experiences there were some of the more influential that he has experienced in an already amazing life. “It is an extraordinary place,” he says clearly with love. “We were in the country side , which is beautiful and the people are so warm and vibrant and loving. We all really responded to being in this place of transcendent beauty with all these beautiful people and I had a sense that there was this itch that I needed to scratch in terms of finally writing my own songs. Looking back on it, everything, all the extraordinary experiences with the Radiohead records and our journey, there was always a bit of a hole in it for me and that hole was songwriting. The moment that I discovered that, it all came into focus for me musically. Why or how I don’t know,” he says with a laugh, “It’s that mystery of songwriting.”

Whatever that mystery is, one thing is certain and that is O’Brien’s album is one that is worth the wait. Earth defies you to categorize it. Similar in the way that you would never know how to classify a Radiohead album, one of the best descriptions of Earth is simply beautiful. There is a care and attention to everything from the songwriting, playing and production on the album that is seemingly more and more rare these days. The care that is evident on the record is one that had come from the journey O’Brien undertook to be able to realize the songs that had been swirling in his head, from initial thought to the final product. “With Radiohead it has always been about serving the songs and the majority of these songs were Thom’s songs, so that was always just kind of our MO,” he explains. “The other thing is when you start writing songs, the inevitable part of writing songs, I learned, was the editorial part of songwriting. Initially, I was falling at the first hurdle,” he says with a chuckle, “what I hadn’t seen before is the place that Thom takes his songs, the gestation of the song when he is writing. He would always present stuff that he was working on when he was most comfortable with them so I never saw that other side.” When O’Brien got more comfortable writing, he did so very intentionally and the way you hear the songs on Earth are always the way he had them in his head. The album jumps from genre to genre, sometimes even within the same song and, as he puts it, that was the way he wanted it to be. “It was all very intentional. The song “Brazil” is an obvious example of that,” he explains. “That was one of the first songs I demo’d in 2014. I had this 5/4 really acoustic type of trip and wanted it to turn into this thing with a 4/4 kick on the floor and this bass line that moved from something very folky and bucolic to something very ‘of the night’. I wanted these songs to have a ton of motion, it really just comes from things that I am into. The music that I make is the music that I want to hear. I think that is the case with most artist’s songwriting. My favourite Radiohead albums are the ones that capture what I am most into musically.”

Another challenge for O’Brien was being able to come out of his long time supporting position in Radiohead to being the leader of a group. “It was funny,” he says, “I had this incredible house band for the first three weeks of the process and I knew it wouldn’t be for the entire duration of it all. That was just not feasible but I really wanted to kick start it off right. That was the first time I was in charge of a band and with those guys, David, Omar and Nathan, besides even Flood and Catherine, all produce other artists but I really knew the songs and had an instinct for what was right and not right. One of the first things I had to get over was stepping in this room of absolutely supreme musicians. I was thinking beforehand, that because of who they all are, they won’t need direction but people can’t hear what in your head and within a couple hours I felt more confident and understood the process more. It was a much different experience than I had previously had.”

With the album finished and now coming out into the world, O’Brien finds himself with a new set of challenges, mainly that with the ongoing global pandemic. The traditional methods of touring and promoting an album are off the table. Understandably the musician is disappointed but it has also provided him with the sense that these things have changed and he would like to take advantage of what is to come. “I would love to partner with a tech company that would be in the cutting edge of streaming. I think that is the future and what has come before is gone,” he says. “We need to be thinking about the technology and how to really grow that to be a more immersive experience.” While this side of all our new normal is exciting to O’Brien, he does genuinely feel for the artists and, more so, the people who don’t get the attention they deserve when it comes to the touring industry. “I really feel for the crews and technicians and for the young artists of course but with any artist, we can still write and find ways to do our thing. The people behind the scenes are going to have a harder time.” O’Brien has spent the majority of his adult life on tour with an amazingly successful act so he knows firsthand how hard it is for these people, who he considers his friends and family. “Adam my guitar tech, he has been with me since 1996 so he is more than just a friend, he definitely is part of my family.”

With the new sets of challenges we are all facing, from what our working situations will look like to simply the basic consideration and fears that many of us have about just staying safe and healthy, O’Brien is hopeful that some good can possibly come out of all of this. “I think, unfortunately, if you look at history, we as a people only really ever learn from crises. My father, who is an osteopath and doctor read this book about pandemics in the 80s. He always spoke on how there was an inevitability about all of this and those thoughts kept him up at night. Now that we are living through this, we really need to be able to learn from the experience. I am really hoping that the silver lining out of all of this is that there will be a newfound emphasis on fairness and respect and love for one another. For the last 40 years or so the people that have been venerated have been the billionaires, wealth management people, the rock stars, the bands. I think we are all now seeing that these aren’t the most important people. It’s the health care workers, these key workers, the front line workers.” O’Brien realizes that hopefully through all of this as well there will be more of a priority placed on maintaining the health of the planet. “We have this one planet, he says, that we have to move forward with and it is super important for all of us to look after our home, the one home we have. I do think things will never quite be the same but, hopefully, we can move forward together with respect for all human beings and respect for the planet.”