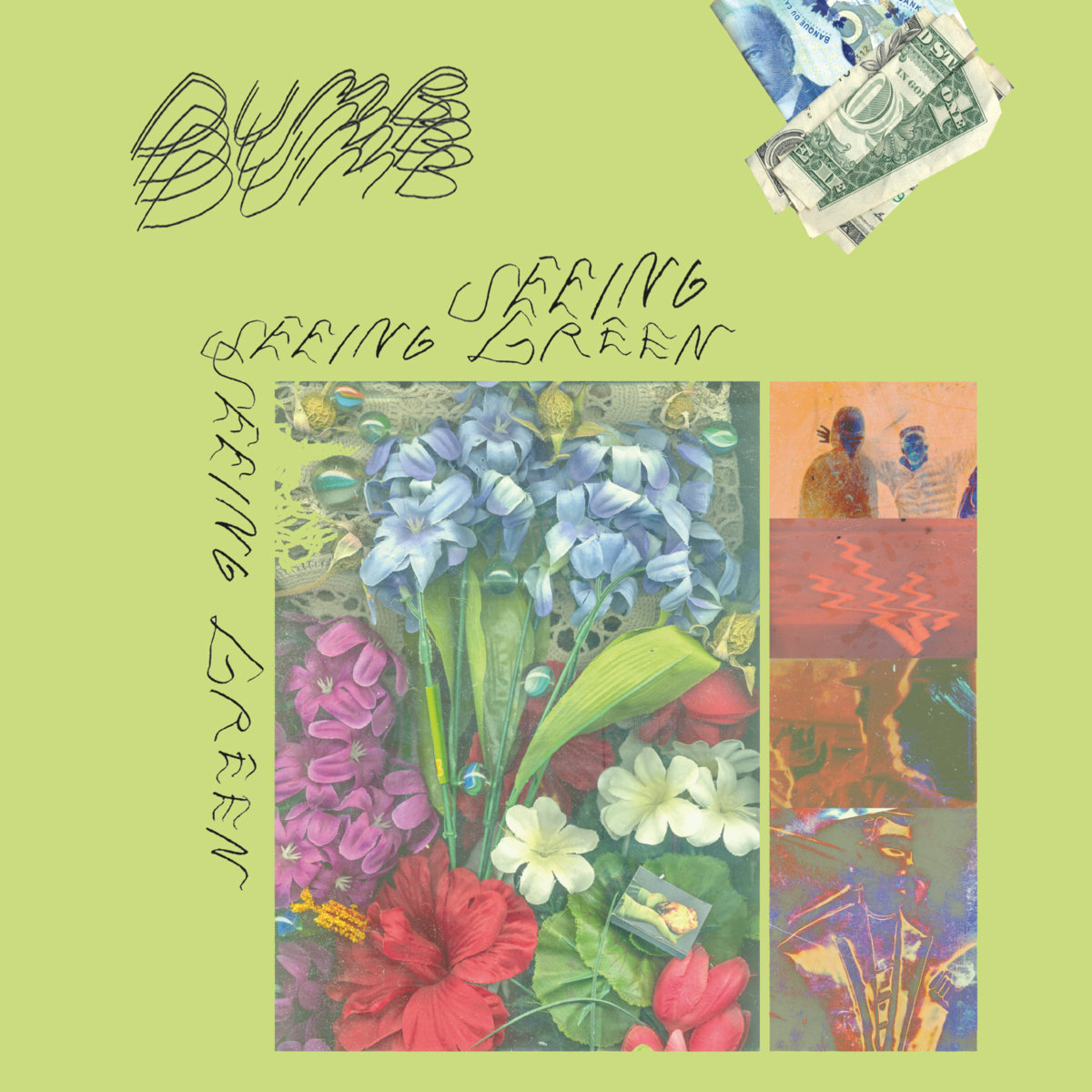 To-the-point rock can be a true thing of beauty, as long as you can say something worthwhile in it. For Dumb, they manage a strong sense of commentary on their latest record while leaving their music feeling like a mixed bag. Though the album starts off quite sparse and abrasive, Dumb really pull out some though provoking pieces by the end.

Simple but effective punk blasts out on “Romeo” as every new riff takes the song in a new direction to keep you guessing. Though the mix leaves the song feeling a little light, it does have the effect of letting the lyrics shine brighter than they would. The mix does however allow a more sunny track like “Barnyard” to feel frantic and dense when it wants to be. Her the loose arrangements make every new instrument feel hearty and powerful, while always leaving the song with room for a little more. “Power Trip” unfortunately comes off far too predictable and straightforward, making only its brief groove shifts feel truly intriguing.

There’s a punch of anxiety on something like “Hard Sea” that gives it the right mood to make its already grimy riffs feel even more important. More than ever, the band’s strange use of stereo guitars really makes their music standout as uniquely dynamic. “Artfact” unfortunately taps into this sense of ambiance so rarely and late that it loses much of its momentum. This clang-heavy sound also means many of its verses are too abrasive for their own good.

“Party Whip” beats out with a Devo-like sense of syncopation, while feedback cuts through like a wicked banshee. As Dumb pick up the pace with subtle charm, the song eventually becomes a glowing fire of their writing. “Warming Up” however is deceptively simple, as its sparse verses can feel so base-level that you wouldn’t expect their roaring chorus shreds. Luckily once you know this is coming, the whole contrast is frankly much more inspiring than a slog. This same concept doesn’t totally work on “Don’t Get Me Started” however which only really sets itself apart in its later half.

The stark commentary of “Ripesnakes” is poignant and fun, while Dumb’s unusual back-and-forth with the rhythms provide a sense of constantly shifting energy. By bringing the right mix of pop into writing, they manage to find something raw but really easy to move to. They even bring out strong, punchy moments on something like “Soft Seam” where their narrative is enhanced by these engaging shifts in energy. Dumb also manage to start expanding their sonic palette here for some of their most engaging pieces. “Mint” also brings a fresh dance energy to the record, that’s lifted by the unusual harmonies Dumb bring into the mix.

They get to their most personal and sharp on “Magistrate” as they dissect their own faults to overcome their frustration. The spiraling riffs here also provide a catchy hook while even upping the emotional weight of the piece. As lounge-rock as “Roast Beef” feels at first, it quickly rips open into one of the bands most pop-driven numbers. Unfortunately this leaves each subsequent verse feeling even more empty by the end.