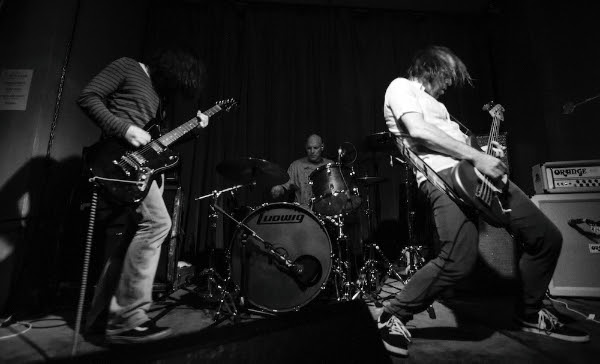 You can hear clips of various songs from the upcoming release in the band’s teaser video below, and the box set is currently available for pre-order, with a portion of all proceeds being donated to The David Lynch Foundation For Consciousness-Based Education and World Peace. Track lists for each individual 10″ are below, along with cover art contributed by Mackie Osborne, Adam Harding and David Yow.

Dumb Numbers has a string of West Coast dates coming up this fall, including a handful with The Lemonheads — see below for a full list of upcoming shows.

Dumb Numbers x David Lynch
1. I Dreamed I Saw Jack Nance Last Night
2. Behind Rocket City
3. I Have A Radio

Dumb Numbers x David Yow
1. Unbury The Hatchet
2. In The Hallway Around The Corner Between The Small Room And The Dirty Room
3. Bridal Mess