Du Blonde Shares track “Mind Is On My Mind” 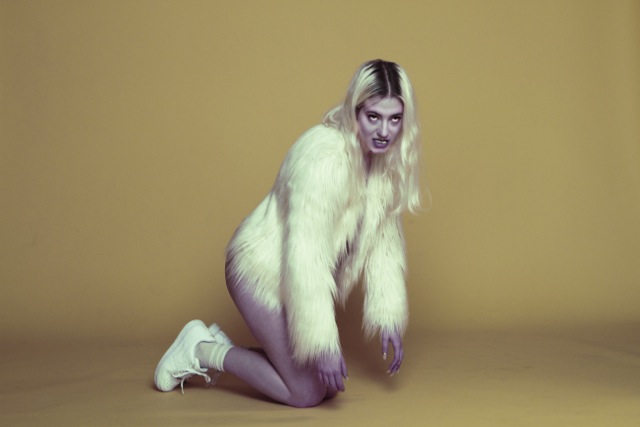 Du Blonde has unveiled the latest track to be taken from her forthcoming album, Welcome Back To Milk, out on May 19th via Mute Records. The single “Mind Is On My Mind,” featurues Samuel T Herring from the band Future Islands.

Du Blonde explains, “I wrote ‘Mind Is On My Mind’ on the back of a motorbike riding down the Pacific Coast Highway in LA and had to remember it all the way from Topanga to Malibu. I was interested at the time in writing songs with no repeating sections, but rather a succession of acts. A couple of months later, Sam and I took a trip out to the desert and came back to LA to make some music. I played him the track and he got in the booth and ad-libbed his lyrics over the instrumentation. He was done in like one or two takes. When I was back in London I’d become obsessed with these Middle Eastern and Greek guitar scales and I added the lead guitar in the outro as a contrast to Sam’s vocals.”

Du Blonde is not a persona or a character, it’s Beth Jeans Houghton ripping it up and starting again. Welcome Back To Milk is the Newcastle-born and sometimes California based singer’s second album, but her debut as Du Blonde, and it’s a complete reinvention: new name, new sound, new band, new attitude – and attitude is the key word.

Where 2012’s debut Yours Truly Cellophane Nose threw everything at a song, Welcome Back To Milk strips everything back and is one massive release of pent up aggression, captured perfectly by producer and Bad Seed Jim Sclavunos.