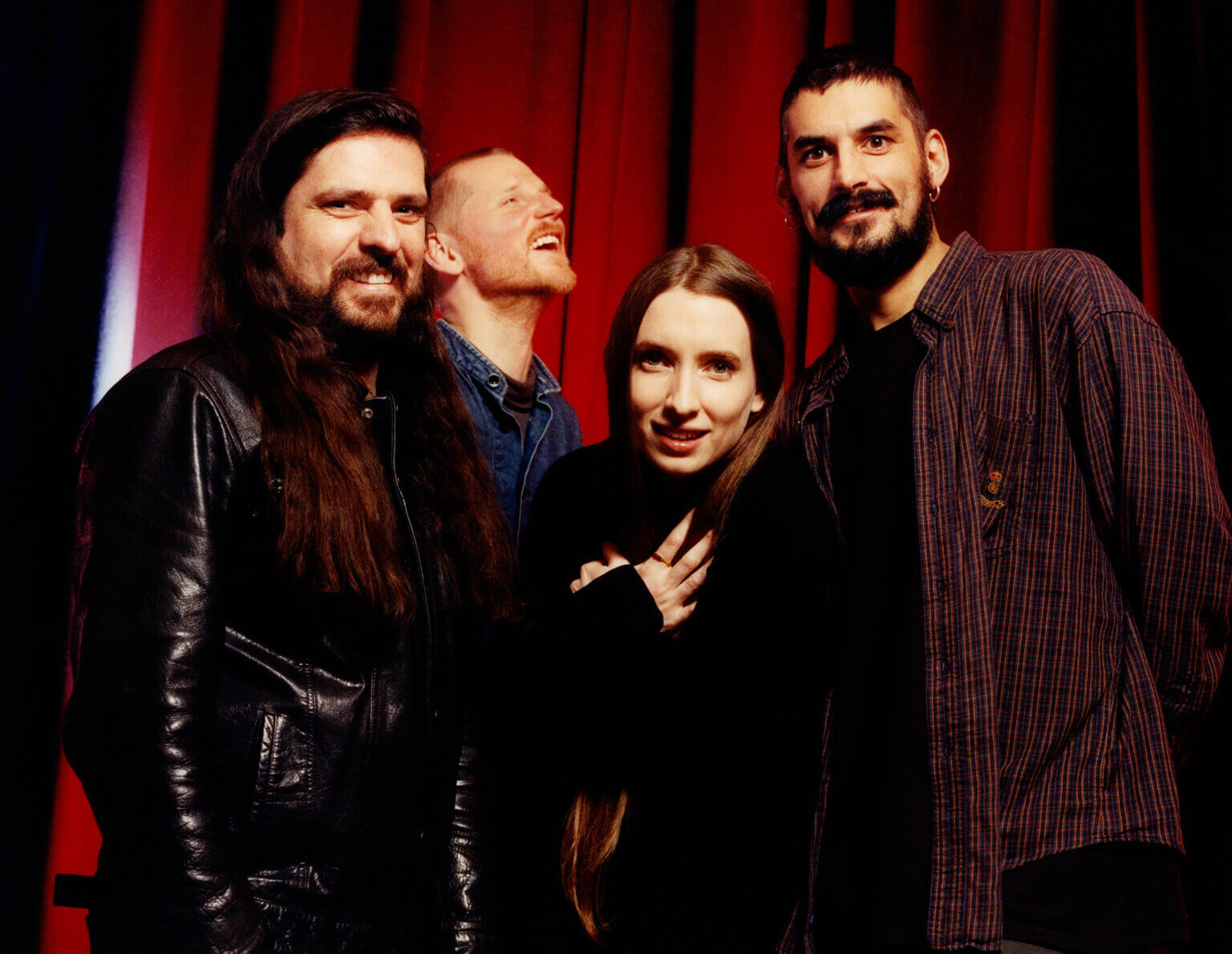 Dry Cleaning have announced their debut album, New Long Leg, will drop April 2nd via 4AD. Along with the announcement, the London band have shared the single/video, “Strong Feelings.” Friends for years, Dry Cleaning only started making music after a karaoke party in 2017 inspired a collaboration. They wrote instrumentally to begin with until six months later Florence Shaw, a visual artist, university lecturer and picture researcher by day – with no prior musical experience – turned up to a band rehearsal with a copy of Michael Bernard Loggins’ Fears Of Your Life to read out over the music. Before long she was the group’s frontperson, contributing words of her own, and serving as the perfect foil to the band’s music. Shaw extracts the most immense meaning from the most trivial things; she peppers the songs with a thousand tiny details, little witty asides about supermarkets, cupboards, beauty products and body parts add up to sonic landscapes that teem with the strange magic of ordinary life.

When the coronavirus pandemic hit in March, forcing a swift end to their US tour, Dry Cleaning had their new songs demoed, but had to bide their time before they could enter the studio. They contributed a few new recordings – one being last year’s “Scratchcard Lanyard” – passing a Tascam four-track cassette recorder to one another from the window of Maynard’s car, cleaning it with antibacterial wipes before recording their parts one by one. Facilitated by the unexpected time apart and the introspection of lockdown, Buxton started experimenting with drum machines, Dowse with a noisier, more deconstructed guitar sound, Maynard with subtler and more flexible basslines.

New Long Leg was produced by John Parish (PJ Harvey). The band holed up with him at Rockfield Studios in rural Wales for two weeks, finding this isolation from the outside world “liberating,” as Buxton puts it. They got on well with Parish, buoyed by his enthusiasm, directness, and full-bodied commitment, and he was unafraid to push them when he sensed a song could be refined or taken in a different direction. “It’s not just sheer pent-up energy all the time in the way that the first two EPs were,” adds Shaw of the resultant album. “I feel more confident with leaving gaps.”

There’s tension when they duel with one another, satisfaction when they move in snaking tandem, and breathless anticipation when she steps back for a moment to let the music build. She’s constantly speeding up and slowing down, alliterating, repeating, rhyming, umming, erring and stuttering with pinpoint accuracy. These methods are prevalent in new single “Strong Feelings.” A love song of sorts, Shaw says, “it’s about secretly being in love with someone who doesn’t know it, and Brexit’s disruptive role in romantic relationships.” Its accompanying visuals, directed by guitarist Dowse, came about after Google searches brought together an informational video on road building basics from New Zealand and Massachusetts-based glitch artist, Sabato Visconti.