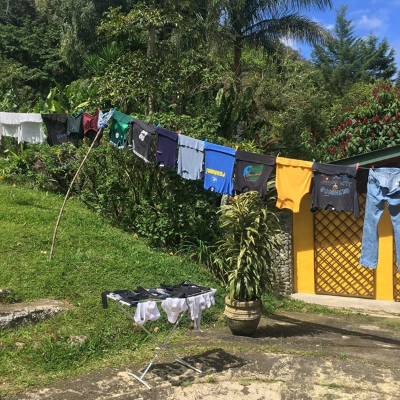 The Drums released the new song “Meet Me In Mexico” a tribute to their Mexican fans via the pay what you want option on Bandcamp. Donate and listen to the song via Bandcamp, all contributions will go to Mexican earthquake relief.

“I am grateful beyond measure for the love poured out to me from my Mexican and Mexican-American fans,” singer Jonny Pierce explained. “I contribute much of the longevity of my career to their devotion and passion for the work I put into the world. I wrote this song when I had reached a mountaintop of frustration with Donald Trump and his Country Club of Dumb Americans. I found myself wanting to get out of America. Mexico seemed like an obvious choice – a place to go of which I have only good memories. Mexico, I love you and I’m with you.”

The Drums will donate the song’s proceeds to two re-building organizations. Reconstruir México is a multi-disciplinary group of renowned architects, engineers & technicians that have formed brigades that assist the affected areas. They do so by analyzing and reconstructing damaged buildings & offering community workshops to teach locals to build & rebuild using methods & materials congruent with their natural habitat.

Secondly, Lago Tanganica 67 is a citizen-founded organization. Fronted by actor Diego Luna, it has been one of the most popular donation centers in Mexico City, where anyone, from celebrities (actors, football players, musicians) to average citizens could join up and help.
The Drums are also excited to announce that they will be performing at Mexico City’s Marvin Festival on May 19. They will first hit the road in April for select dates with Alvvays as well as performances at Coachella and throughout California, Peru, Buenos Aires and more. All dates are listed below and go on sale tomorrow, Friday February 16 at www.thedrums.com.