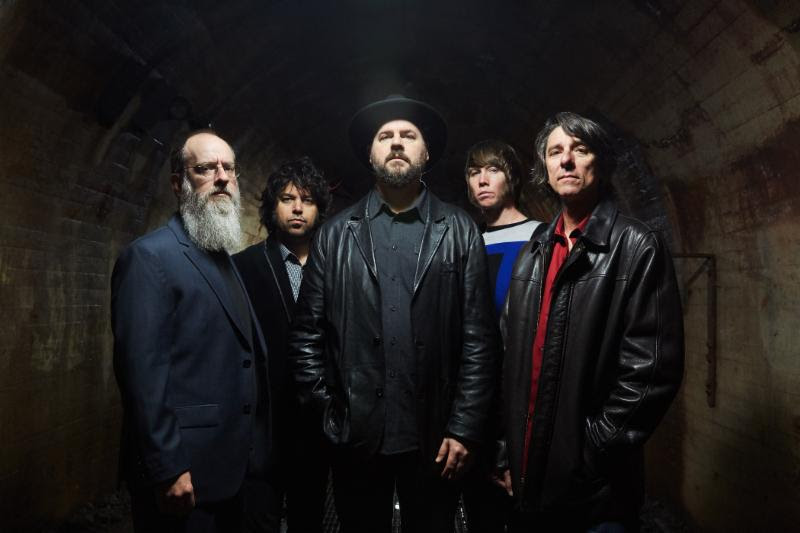 “I feel like [guitarist and songwriter Mike] Cooley and I both nailed what we were going for on every song on this record,” said Drive-By Truckers singer/songwriter Patterson Hood of their latest album, American Band. “I don’t think there’s a wasted line or word on this record. There’s nothing I would change, that’s for sure. I think we got this one right.”

Released last fall, American Band’s considerable force can in part be credited to the sheer musical strength of the current Drive-By Truckers line-up, with Hood and Cooley joined by bassist Matt Patton, keyboardist/multi-instrumentalist Jay Gonzalez, and drummer Brad Morgan – together, the longest-lasting iteration in the band’s two-decade history. Said band continues to tour in 2017 in support of the record, currently performing spring dates with Hiss Golden Messenger that will be followed by a summer run that includes festival appearances at Newport Folk Festival, WXPN’s XPoNential Fest and Pickathon, among others.

The Truckers are also releasing an exclusive live in-studio 12″ on Record Store Day. Recorded at New York City’s legendary Electric Lady Studios and pressed on clear vinyl with a gold metallic ink jacket, the special piece will include “Surrender Under Protest”, “Guns of Umpqua”, “Filthy and “Fried”, “Ramon Casiano” and “Ever South” from their latest album American Band and classic fan favorites “This Fucking Job” and “One Of These Days”.