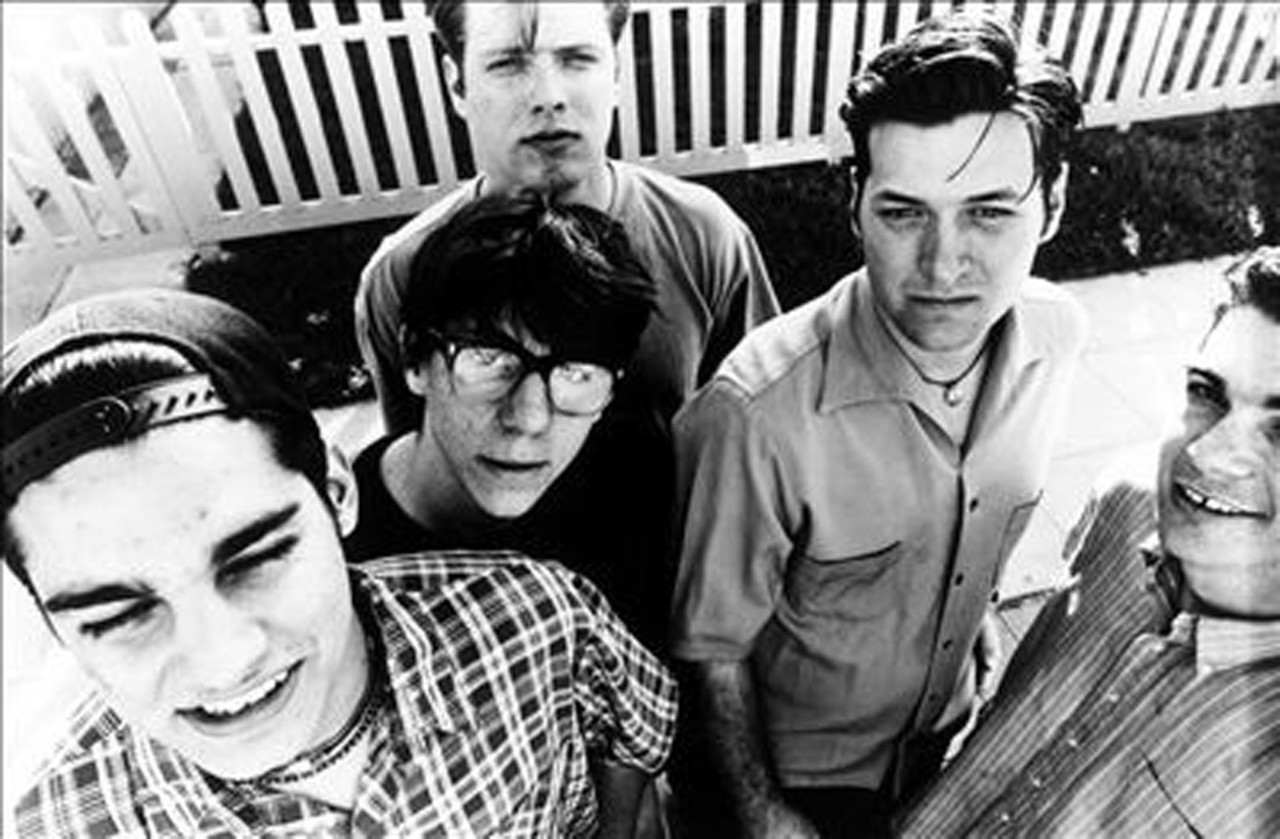 Drive Like Jehu’s sole 7-inch “Bullet Train to Vegas” b/w “Hand Over Fist” will be reissued by Merge Records on June 3, 2016. Originally released in 1992, its songs display a harnessing of powers first introduced on their self-titled record from the previous year and later fully realized on their final album, 1994’s Yank Crime.

While recording “Bullet Train to Vegas” on the UCSD campus (drummer/producer Mark Trombino “borrowed” mics and cables from the theatre department next door), guitarist John Reis felt the urge to pick up a trash can and chuck it across the room. It’s the crash that you hear just as Trombino and bassist Mike Kennedy engage, and you may feel a similar urge to do the same while listening to its unrelenting rhythms. “Hand Over Fist” slows things down slightly but by no means muffles the quartet’s ferocity or Rick Froberg’s trademark howl.

DLJ have been playing shows again, initially inspired by a chance to perform at Balboa Park in their hometown of San Diego with the city’s civic organist, Dr. Carol Williams. Since then, the band has appeared at Coachella, Noise Pop, ATP Iceland, and more.