The Philadelphia based duo DRGN King has announced the October 28th release of their sophomore full-length album on Bar None Records.  Titled Baltimore Crush, the new LP has front man Dominic Angelella telling his story of growing up in Baltimore, MD.  The narrative takes the listener on trip through time and all from the point of view of the disenfranchised youth who are trying to make it on their own terms while still having fun.  Angelella is joined in everything DRGN King by producer, bandmate and longtime musical collaborator Brent Reynolds.

Baltimore Crush, unlike their debut album Paragraph Nights, was recorded over time and distance.  Dom did most of his writing while on the road and when not on tour, he spent hours in the studio with Brent to further hash out the songs.  Reynold’s deconstructed sounds were fed back to the rest of the band who perfected the songs as the tour rolled on.  Angelella and Brent then re-worked the new material at Kawari Sound, a studio built in a century-old carriage house in rural Pennsylvania.  Angelella’s singing and guitar playing is only matched by Reynolds’s mastery on the keyboard and it’s all anchored by the percussion section made up of drummer Joe Baldacci and bass player Steve Montenegro.

Dom and Brent’s connection goes back to 2010 when the two first met at a chance recording session that paired Angelella’s DIY (Hop Along) with Reynolds hip-hop track production skills (The Roots, Mac Miller).  They instantly clicked and started to work together and in January 2013 they released their debut DRGN King album – Paragraph Nights – via Bar None Records.

DRGN King spent most of 2013 on the road in support of their debut LP.  Continuing with his DIY ethos, Angelella booked all the band’s tours landing slots for them on this year’s Firefly Festival in Dover, DE as well as WXPN’s XPONENTIAL Festival in Philly. 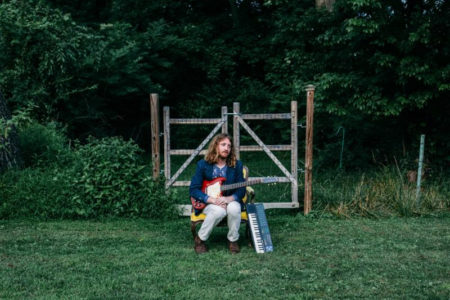