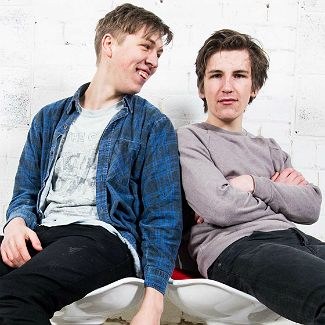 Comprising of sibling duo Rory and Eoin Loveless, Drenge have established themselves as one of Britain’s most exciting new bands. With numerous festival appearances (highlights including Bestival, Glastonbury and Reading & Leeds), and an appearance on Jools Holland last week. Check out the band’s new single ‘Nothing’ above.

On the eve of the release of their latest single “Nothing”, Drenge unveil their new video, a typically wry and oblique clip showcasing, of all things, teenage gymnasts. Strangely, set against the soundtrack of one of their heaviest tracks to date.

Drenge take to the road again for an extensive tour of the UK in October and dates with Peace later in the year.