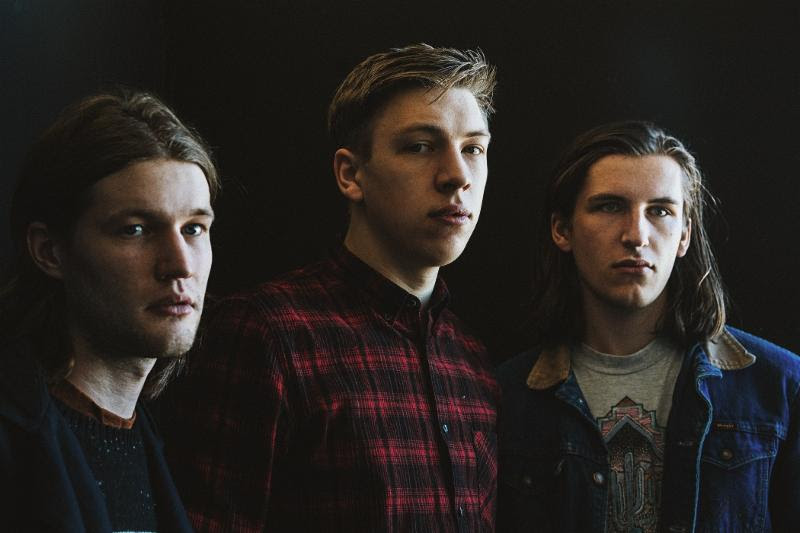 Today, Drenge premiered the video for their new single “The Woods”, shot on location at the cement factory in Hope, Derbyshire. The cement factory is the largest of its kind in the UK and a sprawling industrial mass that cast a shadow over the childhood of the band’s Loveless brothers, who could see its towering chimney from the playing fields of their old school. “The cement factory is visible from miles around and its own train line ran past our old house, shaking the walls every couple of hours,”explains Eoin Loveless. “The Woods is a song about a walk I made with my dad, it’s about religion and what happens to our bodies after we die. It’s also about being introduced to music whilst driving around the moors late at night.” “The Woods” is out October 2nd and the latest song to be lifted from their critically acclaimed album Undertow, which scored rave reviews across the board upon release in April via Infectious Music.

Last weekend Drenge played Brixton Academy as special guests of their friends and peers Wolf Alice, the final date of a triumphant ten-day UK tour. The bands now join forces for a full US tour running to October 15th, with support from Made Violent.

Drenge are Eoin Loveless and Rory Loveless. Undertow is the follow up to their acclaimed self-titled debut album, released in summer 2013. Written and recorded on tour last year, and between their hometown of Castleton and Sheffield, where the band now live, Undertow was produced by Ross Orton and, for the first time, features a third member, Rob Graham, playing bass on three songs; Graham joins the band for live shows.