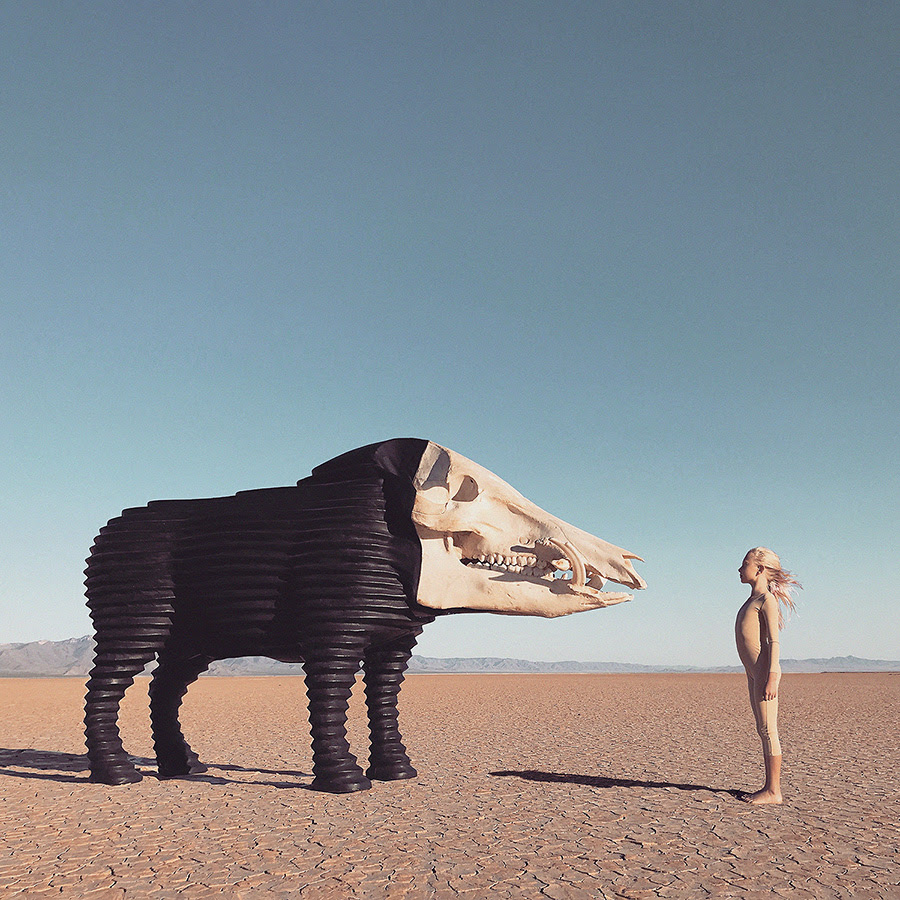 Dream Hunting in the Valley of the In-Between

People act differently when they think no one is watching. Which is why so many artists are comfortable interspersing albums with short, atypical tracks. My hypothesis is that these kinds of bonus tracks empower artists to take risks they might not with longer, more official songs.There’s a certain truth, a revelation of the subconsciousness, in these so-called throwaway tracks in the marginalia of an album. So while Man Man’s Dream Hunting in the Valley of the In- Between, is fun theatrical pop, there’s a powerful undercurrent of piano jazz, with the album’s shorter instrumental tracks hinting at jazzier ambitions.

Man Man, a project by Honus Honus, also known as Ryan Kattner, last made an album with 2013’s On Oni Pond. While on hiatus, Man Man scored music for TV and film, but also worked on scripts and even made a children’s record. There’s a list of other things he did during that time, which is pretty much anything you can imagine, but those three particular activities seem to influence Dream Hunting most.

“Cloud Nein,” for instance, begins with a rumble of piano that sounds like the start of a car chase but quickly dissolves into a Maroon 5 groove and a chorus that belongs in a Broadway musical. The effect is pure theater, a weird, overly processed guitar solo the only thing tethering the track to the pop world. “Goat,” with its horn-driven Middle Eastern melody, is more cinematic, feeling like a set piece in a 1940s film. Both tracks are thoughtfully plotted, like a well-constructed script.

“Powder My Wig” quotes liberally from David Bowie’s “Let’s Dance,” before quickly retreating into Django Reinhardt-inspired country jazz licks, both occasionally broken up by some good old fashioned rock and roll confessions: “The sadness buried in our bones / It dissipates whenever you’re close.” It’s almost like three different movie scores spliced into a single song.

“Inner Iggy” calls back to Man Man’s unreleased kid’s album. Featuring a calypso sway and coming in at just over two minutes, it’s not hard to imagine this being used in the very edgy Little Mermaid reboot. The track isn’t childish, (as evidenced with this lyric: “One day you’re queen of the jungle / Next day you’re fed to a snake pit”) but it has a childlike joy which is the center of all successful children’s music.

The album’s jazzier moments are most pronounced in the short instrumental pieces, like “Dreamers,” “Unsweet Meat,” and “In the Valley of the In-Between.” Those pieces work well alongside the longer, more rock-and-roll shaped songs, but also, perhaps, foreshadow future directions for Man Man. The track “Swan” is just Kattner’s voice and piano, and it feels like walking into a hotel bar and discovering an amazing talent who, for some reason, is trapped in a
less-than-ideal gig. It’s interesting hearing such a layered artist so stripped down, if only for a moment.

Dream Hunting in the Valley of the In-Between has the feel of quality thrift store, with lots of unusual pieces in great condition. It also provides the same kind of fun surprises as you wade deeper into the album. Man Man has always had theatrical elements but here those elements feel much closer to the surface, if not ready to burst through, then at least enjoying their time in the in-between of the more familiar tracks.