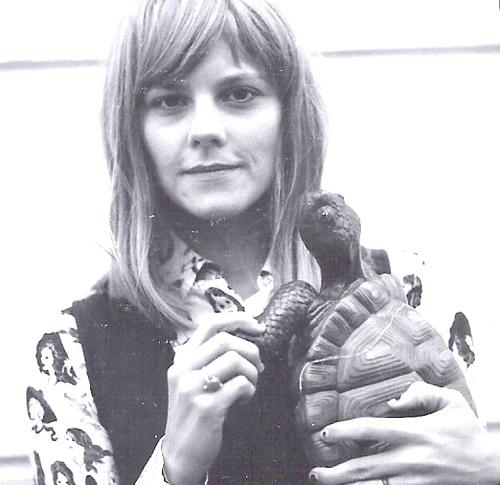 In the past year or so, Scout’s house was the one on the block that you could often hear Rollins screaming out of the speakers at the top of his lungs “And at the end of the day, all you have is yourself and your mind!” Inside, you’d ﬁnd her studying her birth chart. It revealed that the time was ripe for accessing emotional freedom through self reliance. Such a potent and liberating time…but before the liberation comes, there’s the resistance: the forces of nature that hurl breakdowns and shatter attachment. Indeed, stripped of partnerships both musical and personal, self reliance became survival technique for Scout. Revisiting Rollins’ proclamations felt like checking in with an old friend, the friend who doesn’twant anything from you, the friend who encourages you — fuck it, forces you to see your own strength. And thus, It’s Up To Emma. Over the course of 46 minutes and nine songs, It’s Up To Emma simmers, storms and cascades through an alinear tale of domestic emotional crises, all of which are immaculately rendered in Scout’s distinctive songwriting style. The dark news that the record brings is good news for Scout’s fans, who look to her to get under the skin and, as if in a trance, live through these songs in an attempt to get everyone a bit of clarity. In Scout’s eyes, the slowly uncoiling spirit world dances with the more chaotic animal called man. Friction between partners generates gradual tension, a sudden fracture that explodes from a backdrop of darkly bruised ego blues. Meanwhile, stars slip icily in and out of constellation mode. It wouldn’t work if Scout weren’t such a powerful singer or if her insistent guitar lines didn’t echo so, or her records weren’t so carefully produced to stand the stark details of the performance out against a lush, deeply black backdrop.

From the get go, it seemed inevitable that wherever this record was made it was not going to follow the simple and usual process of old, where Scout and her drummer went in to play the songs live to tape in just a handful of days. With no sense of a partner in crime to back her up, it was time to rally the troops, with a total of three drummer friends taking turns to stir the pot. The record started to evolve, but together with spit starts and unlucky luck, everything took a really long time and beyond the performances from a handful of talented players (Jose Medeles, Dan Wilson, Saunder Jurriaans, Danny Bensi and Emil Amos), there wasn’t anyone around who could help Scout ﬁnish the record in the way that was needed. In the end, it was truly up to Emma to get the job done.
Scout Niblett “It’s Up to Emma” out May 21st, 2013 on Drag City
Track Listing:
Gun / Can’t Fool Me Now
My Man / Second Chance Dreams
Woman and Man / All Night Long
No Scrubs / Could This Possibly Be?
What Can I Do?
Scout Niblett Online