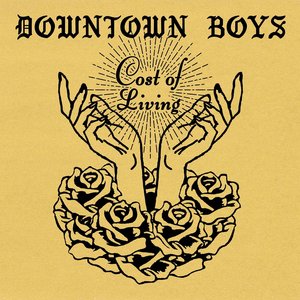 Rising with the new wave of modern punk, Providence’s Downtown Boys have a lot to say. From overtly political to captivatingly dissonant, the band’s latest effort is lightning in a bottle, and has a rebellious soul that will make you want to move. Feeling most notably like a perfect pairing to any record from label-mates Priests, they craft a punk record that finds perfection between raw energy, handfuls of talent and something to say.

Ripping right out at a frantic pace, “A Wall” starts the record with dynamic excitement. The shrieking guitars, bumping bass and angry yelling come together for a vicious and rebellious shove that feels all to relevant instead of novel or outdated. Screaming with similar fury to NYC punks Priests, “I’m Enough (I Want More)” appears to even channel vocalist Katie Alice Greer in their dual vocals. Through their onslaught of piano, noise and anger, focused finely, they make punk music with a purpose.

Stomping on drums, “Somos Chulas (No Somos Pendejas)” switches to some fiery Spanish vocals for one of the most visceral tracks of the record. The discordant chords of the chorus, through equally grimy harmonies make for a track whose discontent matches its lack of rules. Getting really ugly on the vocals of “Promissory Note” they brighten up the instrumentation, and even bring the saxophones back. The invigorating rumble of the bass charges the song along, as the rasping vocals hit eardrums with utter sincerity.

“Because You” decidedly moves slower in its opening crawl, creating a moody starting point for its oncoming fire. As the feedback begins to shriek and the guitars start to roar, the drums become a beast of their own, falling in and out of the rest of the band with a wonderfully chaotic tick. Spreading out the instrumentation, “Violent Complicity” lets each part take a little more notice and stand out at times. The bright yet dirty guitars, and the hopeful yet disturbed saxophone work together for a song that has intense energy.

Going to something more pop, “It Can’t Wait” thins out the guitars for a more straight-forward kick, letting the vocals attack all the harder in their place. The chorus screams more defiant than ever, taking the pop fluidity to harness a battle cry, complete with the dangerous horns behind it. “Tonta” comes in with dark, mysterious electricity billowing in the shadows, along with all the rolled r’s. The insanity they quickly unleash in the song’s second half is an unstoppable rush of sound, with the horns and drums going particularly crazy.

“Heroes” flickers along with a spoken-word message of fighting back. The track’s more ambient tone mixes wondrous tones with something notably menacing to make a track that is much a statement as it is a preamble to its following track. Mixing in pensive key tones, “Lips That Bite” feels like the albums most deep and sonically challenging track, rising above punk to something even more. Knowing their strengths, the synths are never overstated, instead taking a backseat role to add a secondary mood to the loud rock on top.

Taking one final dip in the exciting Spanish lyrics, “Clara” mixes languages for a uniting story and clashing instrumentation. The dynamic bass line stands on its own, and works in to hold the whole song together in a way that lets the rest of the band go wild. Closing on “Bulletproof (Outro)” there’s a real sadness in the sounds as the inspiring words preach to the masses.