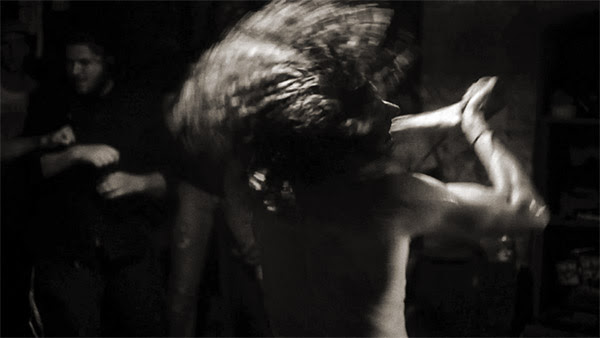 In this current ‘nu’ century, it’s clear that Dope Body are the amalgam of what makes rock today. Savagely contorting while pulling the hair of their influences’ sounds, Dope Body chew up and spit it out with focused ferocity, making modern punk rock at it’s most lethal. A synthesis of screaming riffs, brooding lyrics and digital trash, backed by a loping, tumbling rhythm section that absolutely never lets them down, Dope Body produce waves of pure primal energy so up in your face that it’s impossible to ignore, iced with a sheer patina of melody. On their latest release, Kunk, Dope Body thrust themselves into deeper waters that grow thicker and more humid with every track. Recorded during the Lifer sessions, Kunk showcases the band at their most raw and unfiltered. While the band having made plans for an upcoming North American tour, they are just starting their European one today. Dates and locations can be found below.

The video for “Obey”, directed by Dope Body’s own Andrew Laumann, is visually just as seductive, dangerous and arousing as the sounds themselves. The song is anchored with the muddy chugs of John Jones’ bass and Andrew Laumann’s deep growl coming together seamlessly.