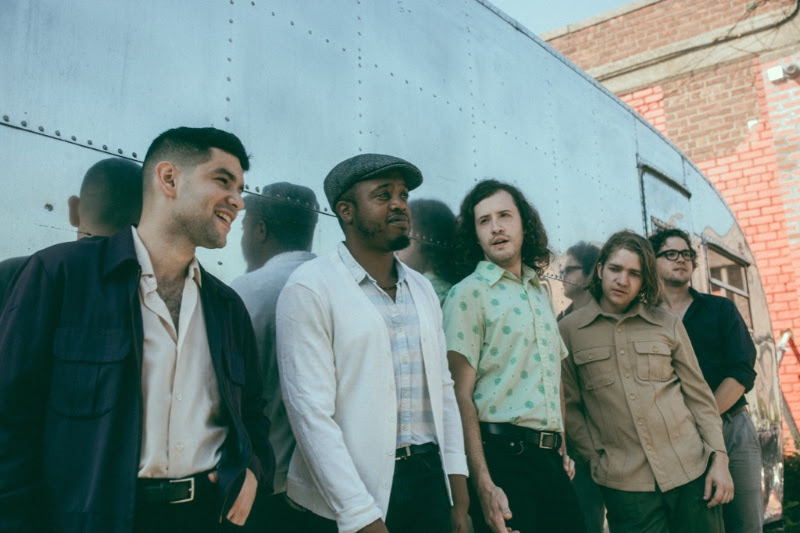 “Don’t You Know” by Durand Jones & The Indications
TwitterPinterestPocketRedditFacebookEmail

Helmed by foil vocalists Jones and Frazer, and rounded out by Blake Rhein (guitarist), Kyle Houpt(bassist), and Steve Okonski (keyboard), The Indications released their self-titled debut album to much acclaim on renowned Midwestern soul label, Colemine Records. The album quickly picked up steam on the back of the band’s live shows.

Recorded at Brooklyn’s Studio G earlier this summer, American Love Call is an expansion of the band’s sound, making a leap forward in both style and songwriting. Pulling influence from a variety of sounds like R&B, gospel, early folk rock, and classical music, the Indications’ second effort has a newfound confidence, with Jones’ bellowing voice and Frazer’s soothing falsetto filled out by backing vocals and instrumentation. Thematically, the album covers tough ground, like the danger of simplifying and romanticizing the past, but it also attempts to reconcile, searching for unifying commonalities. Brooding, bold, and pensive, American Love Call is the result of the band fleshing out its craft and elevating its dreamy, old-soul sound.