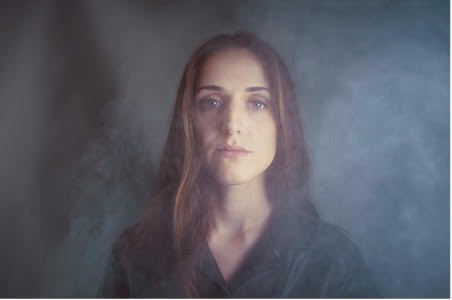 Swedish-born but Berlin-based singer/songwriter Adna, has shared the single “Don’t Know.” The track, is off her recently announced album Black Water. “Don’t Know”, which follows on from the previously track “November.”
Speaking about the new offering, she said, “I wrote this song one morning before bringing it to the studio of Hannes Butzer (who I co-produced this song with). I guess the song doesn’t really fit into the happy category, but it felt good to play around with the music and the sounds to turn it into something playful instead.”

To date, Adna has made three beautifully woeful albums; 2014’s ‘Night’, 2015’s’ Run, Lucifer’ and the album ‘Closure’ in 2017. Supporting ‘Closure’, Adna played a packed Eurosonic showcase in 2017 and toured throughout Germany, UK, France and Scandinavia in the months since its release. Adna’s music has had more than 50 million streams on the large DSPs, and has had her melancholic, lo-fi work compared to the likes of Bon Iver and Daughter.

Adna’s new single ‘Don’t Know’ will be available to stream from the 28th May via Despotz Records, with the new album Dark Water, which drops on the September 17, 2021.