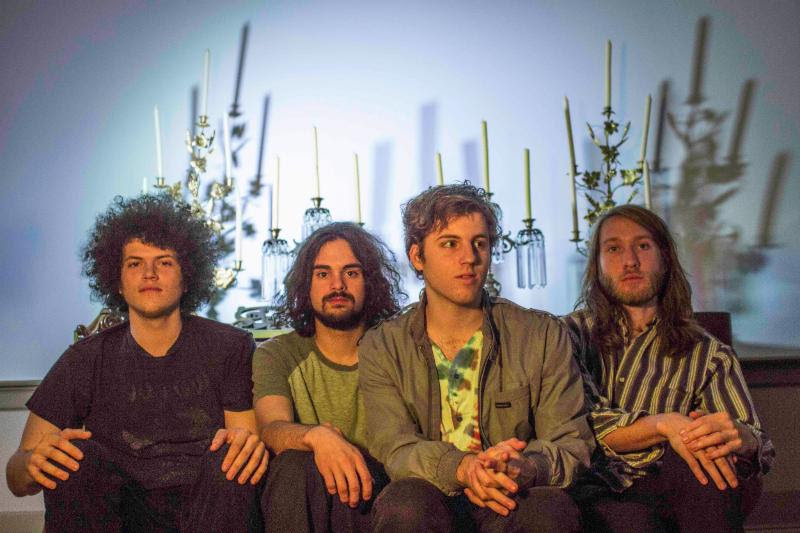 On magnetkingmagnetqueen, the band has updated their psychedelic, reverb-heavy jams and jangly pop melodies with a hint of art rock influence, all while remaining true to the experimental song-craft they displayed on 2014’s Sunswimmer and their 2012 independent debut Yardboat. The album was recorded with producer David Barbe in Athens, GA at Chase Park Transduction Studio (Deerhunter, Animal Collective, Bright Eyes, Drive-By Truckers.) Additional recording took place at Dogwood Lodge in Soddy Daisy, TN and at their home studio. New Madrid is made up of Phil McGill (guitar/vox,) Graham Powers (guitar/vox,) Ben Hackett (bass/vox,) and Alex Woolley (drums/percussion).

New Madrid are currently on tour with Nashville psych-rock band All Them Witches in support of their 2014 release, Sunswimmer. The band kicked off their tour last month to a sold out crowd at The Garage in Winston-Salem, NC and packed dates in Washington D.C., Philly and NYC. The band will travel the East Coast and Midwest before ending their U.S. tour on New Year’s Eve with a celebration at 40 Watt in Athens, GA. On January 5, New Madrid will begin their European tour in Hanover, Germany.