Django Django From A Different Angle 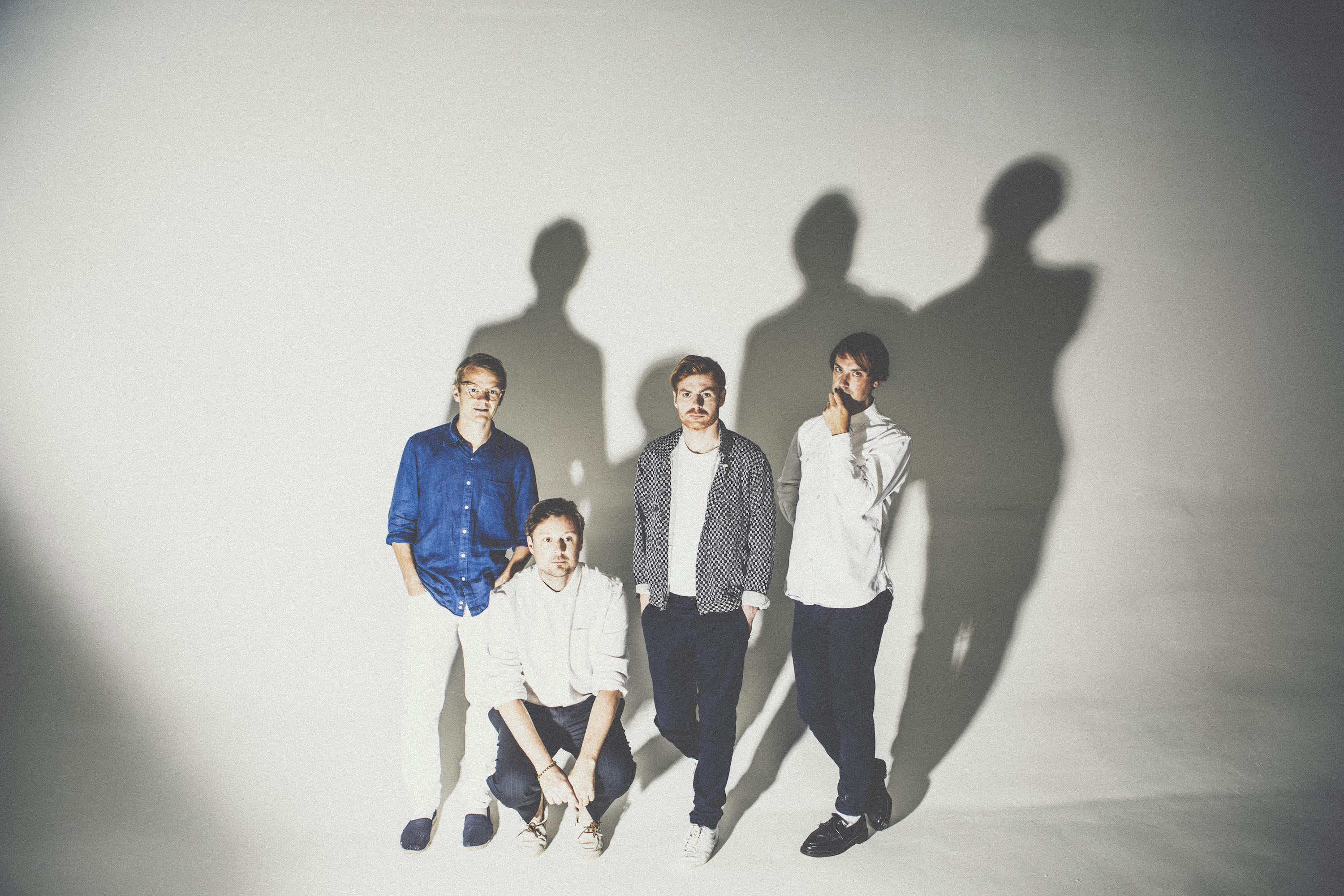 British art-rockers Django Django create escapist fantasies in which genres ranging from pop to psych to
blues rock to chamber orchestra music collide, loop, and fold on top of one another in head-spinning
rushes. After the band earned a Mercury Prize nomination with their 2012 self-titled debut album, they
followed up with the spectacularly massive and exploratory Born Under Saturn three years later. Now,
Django Django are set to release their third full-length Marble Skies on Jan. 26 th via Ribbon Music.
Northern Transmissions spoke with drummer/producer Dave Maclean to talk about writing and
recording Marble Skies, itching to get back into the studio after touring heavily, non-musical influences
on the album, and more.

Northern Transmissionsa: It’s well established that the band went back to basics for Marble Skies.
Was part of that consciously making it shorter than Born Under Saturn as well? 15 minutes is a lot to
shave off.

Dave Maclean: I think we wanted it a bit shorter, a bit less songs and a bit more condensed and concise
maybe. Generally, we just wanted to structure it more like an album, [with] a bit more thought process
into putting it together than the last one.

NT: The songs on Marble Skies are still incredibly rich though. Did you have difficulty striking a balance
between too much and not enough?

DM: I think it just depends on what the song demands really. The more capable we are as producers or
songwriters, we get more adventurous or try to do more in a song.… We don’t really have a set way of
doing things.

NT: Was stripping down the songs so that they’re easier to play live a consideration? Were you
thinking about the live translation of these songs when you were writing them?

DM: No, we wanted the album to sound as good as it can sound, and then we worry about how to play it
live later on. The two things are quite different. We don’t really work like that. We don’t get in a studio
and play live and record it. We needed a lot of layering and looping and sampling. It’s fun to work on
recreating the tracks from a different angle.

NT: During the recording of Born Under Saturn, when the band actually wrote it together instead of
patching things together, and touring so extensively, obviously, you’ve developed a tight chemistry
with the other guys. Was it easier for the band to slip into a rhythm when it came time to start writing
these songs?

DM: It’s always fairly easy. You just get in the studio, and you start tinkering about. I think it was easier
this time than going into Born Under Saturn because we didn’t try and work with an engineer in a new
room. We just went to our studio or went to our houses. It didn’t seem like so much pressure, so we just
got on with it and started messing around. See, I was away in L.A.; I was sort of co-producing this K.T.
Tunstall album in L.A. when they started making this record, so Anna [Prior] from Metronomy was in my
place drumming a bit before I got there. It seemed like we jumped in the groove pretty quick…. When
you’re on tour for 18 months, you’re desperate; there’s stuff you want to get out. So the first couple of
weeks were quite productive.

NT: Was it quite easy to incorporate [guest vocalist] Rebecca [Taylor of Slow Club] and Anna into the
process? Especially Anna. How much of the drumming did she do on the album?

DM: She drummed on “Marble Skies”, the title-track, but she did the rough idea for “Tic Tac Toe”.

NT: During the Born Under Saturn sessions, you were influenced a lot by the occult and macabre
books, The Devil and Daniel Webster, Faust. What were you all reading, or listening to, or watching
while you were making Marble Skies?

DM: The same stuff, really. I mean, again, since I was a kid, going quite far back, I’ve been into the occult
and paranormal and weird ideas. That’s kind of my obsession still, just anything that’s a bit strange, a bit
far out. I’m kind of religiously agnostic. I read a lot of books about different ideas, and I’m sort of
scientifically agnostic as well. There’s been stuff going on on the fringes of science and fringes of
philosophy and research which tends to make the records sound quite escapist. But that’s just me. I
don’t know what the others are really into. We’re all into art I guess. Vinny was an architect before, so
he’s interested in that. The four personalities come together, and then you try to find the crossovers.