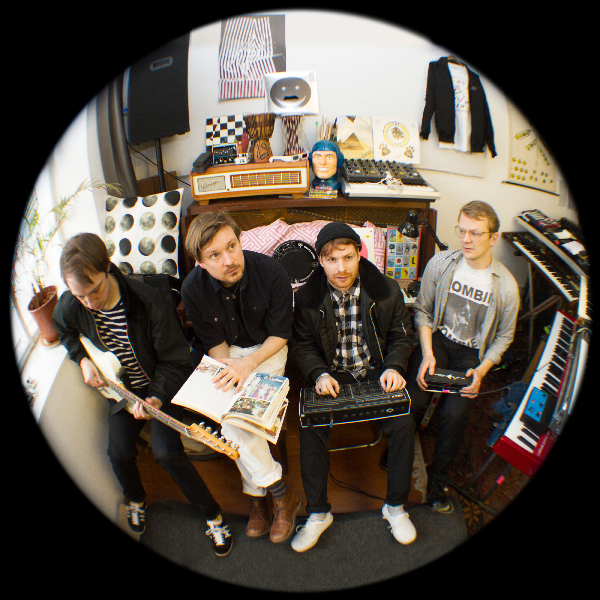 It’s fitting Django Django present the entrancing and laid back “Beginning to Fade” on this 4/20. The song was written by bassist Jim Dixon while suffering writers block and features beautiful piano playing by Tommy Grace. As the third song shared leading into Born Under Saturn’s May 4th release, it perfectly represents this album’s full band approach compared to their debut which was largely written by producer/drummer Dave Maclean and guitarist/vocalist Vinnie Neff, as well as the band’s range as they continue to find magic in the unexplored spaces between musical genres. “Beginning to Fade” follows debut single, “First Light,” and “Reflections.” These songs run the gamut in terms of styles and influences, yet one listen to any of them and there’s no denying they are distinctly Django Django.

Django Django’s Born Under Saturn is out May 4th on Ribbon Music and on Because Music overseas. The band will tour extensively this spring and summer throughout Europe, and will make their way stateside in late July. While New York and Los Angeles shows have previously been announced, more U.S. shows will be added soon.