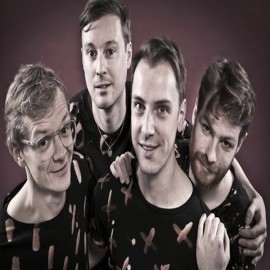 Django Django will return to the states in June for some new performances in support of their self-titled debut album (out now on Ribbon Music). The British four-piece, already announced to perform at Bonnaroo and Firefly, will co-headline Central Park Summerstage with The Zombies and play the Ann Arbor Summer Festival with an additional date to be announced soon. After their tour of the states, Django Django will hit the summer festival circuit in Europe. In case you missed it, the band released a new video last month for standout track, “WOR.”