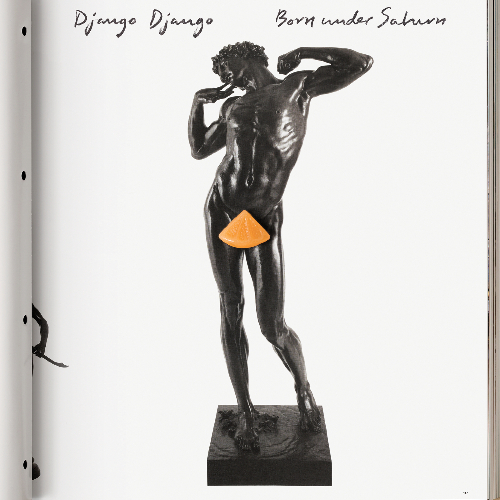 Following a week of streaming “First Play” and the release of the exceptional “Reflections” video, Django Django’s sophomore album, Born Under Saturn, is out this week via Ribbon Music (and Because overseas). As previously announced, the band will make their way stateside this summer for shows in New York and Los Angeles. Today, they’re announcing plans to extend this visit as the band will play Minneapolis, D.C., Lollapalooza in Chicago, Outside Lands in San Francisco, and more.

Born Under Saturn expands on the slippery, indefinable nature of Django Django’s Mercury Prize-nominated, self-titled debut, applying all of its giddy art-rock imagination only across a much larger canvas. Throughout, the band, comprised of Dave Maclean (producer/drummer), Vinnie Neff (singer/guitarist), Jimmy Dixon (bass) and Tommy Grace (synths), continues to find magic in the unexplored spaces between musical genres. Get a feel for this via the new album teaser, which uses album samplings to soundtrack a day in the life of an amorphous creature.