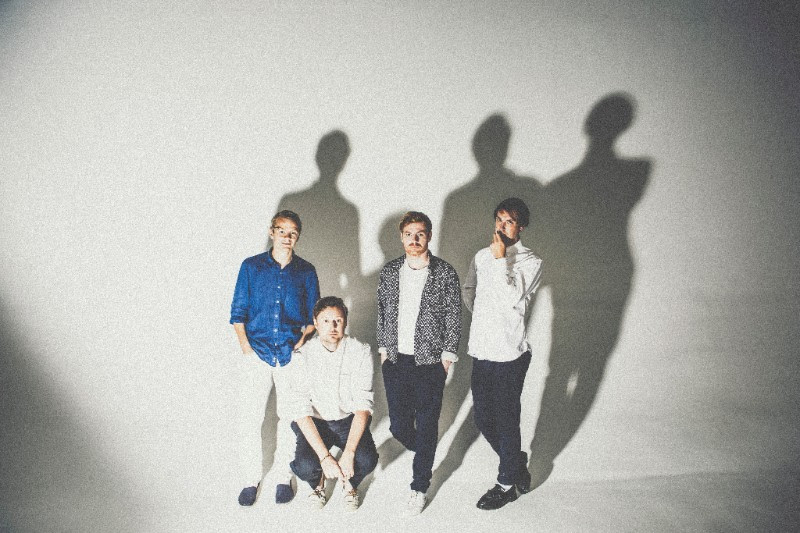 Following the release of Django Django’s 2012 Mercury Prize-nominated debut and 2015’s Born Under Saturn, the process for Marble Skies began with a back-to-basics approach in line with the DIY ethos of the band’s early days. In late 2016, Django Django (minus Maclean) assembled at Urchin Studios in Tottenham, London with Metronomy drummer Anna Prior to experiment with new material. After ten days of recording, there was plenty of raw material to send to Maclean for him to edit, refine and evolve before the band rejoined for recording proper. Marble Skies was completed in mid-2017 in their small, equipment-crammed studio in north London – a similar environment to the first record, which was recorded in Maclean’s bedroom.

While Marble Skies features hazy Zombies-like summer pop, hypnoic Krautrock grooves, Jamaican dancehall influences and electro pop, lead single “Tic Tac Toe” nods to Django Django’s more rockabilly-inclined influences. It was cut from the same long recorded jam that produced “WOR” and “Shake and Tremble.” Directed by John Maclean, brother of Dave and director of the critically acclaimed modernist western film Slow West, the “Tic Tac Toe” video depicts Neff enjoying a day-trip to a beach town which takes a turn to the sinister, when a ghost train puts him on a collision course with a grim reaper inspired by Ingmar Bergman’s The Seventh Seal. As John Maclean explains: “The film could be about the fading era of the beach arcades, time moving too fast, love and games, horror and happiness but it is actually about a man who needs to go buy a pint of milk to make a cup of tea.”