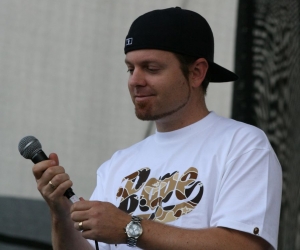 Having just come off a two week run through Europe and Japan, DJ Shadow is about to kick off another stellar round of dates in North America this August and September with stops in Philadelphia, Boulder, Seattle, Toronto and more. This Fall is your chance to witness him live. As DJ Shadow brings back the All Basses Covered 2013 tour, he is set to premier a slew of new antics across the United States. The tour will display a whole new take on DJ Shadow’s typical mixing style, while still throwing down his distinctive sound that brings people of all different musical tastes and backgrounds together to enjoy.

In 2012, All Basses Covered reflected material from a variety of sounds ranging from hard core rap to footwork and juke, to dubstep and beyond as a showcase of memorable mixtapes and new releases. This year however, DJ Shadow will incorporate unreleased productions and live remixes by switching from playing on drum pads to digital software and Pioneer CDJs. As a 28-year veteran of the electronic music scene, he credits his staying power to knowing when and how to adapt. However, DJ Shadow stays true to his old-school hip-hop and disc jockey roots, saying in a Quietus interview, “To me it doesn’t matter if it’s a crate of records or a stack of CDs or a playlist of MP3s. I still buy vinyl and I would still prefer to play vinyl where possible.”