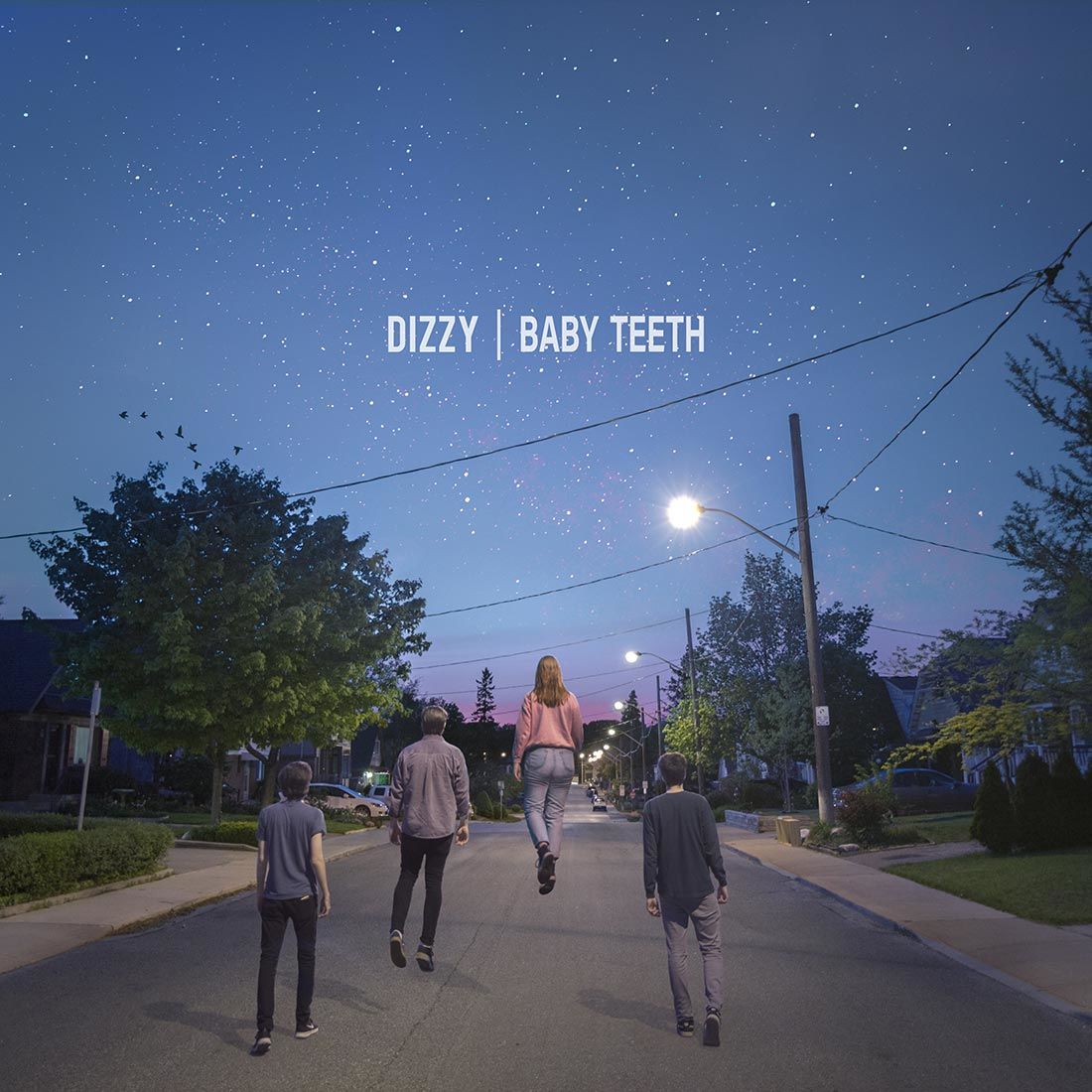 Through their sublime indie dream-pop, Dizzy has been blowing audiences away in the live sphere for the last year, so how do they hold up on a full record? As they update some of their previous releases, they create dazzling arrangements with the right level of infectious hooks to have you coming back. While it isn’t always the most original music, they’re personality and unique delivery often overshadows the few familiar moments in their music.

Synths ooze in with a creeping mix of ambient noises, as Dizzy tries to lull you into “Stars And Moons” as much as they keep you on your toes. Though the writing is certainly something you’ve heard before, Dizzy have a spacey way of delivering that makes it feel personal and unique. “Swim” has this effortless pop gleam to it that pulls you in right away and leaves you feeling intoxicated and loose. With this in mind however, it’s Dizzy’s colourful lyricism and use of enunciation that sets them apart from simple indie-pop. This is all the more important on tracks like “In Time” where they tend to strip things down so much that the tracks would be unidentifiable without their emphatic vocals.

“Calico” sees Dizzy moving into more guitar-driven pop with silky undertones and a real sense of pain. Their contrasting emotions and little tongue twists to make even colours feel intriguing and mysterious really set them apart from other bands. Unfortunately they aren’t able to set themselves so far apart from the pack on a track like “Ghost Limbs,” where they fall into trendier sounds, but undoubtedly stick the landing. Even so, they really drive home each chorus for powerful punches that will excite you every time they drop.

There’s a sprawling feeling however to something like “Bleachers” where the electronics run free and wild to give a real sense of place to the lyrics. This gripping story and tempered sense of arrangement makes each chorus swell beautifully and turn the song into feel-good pop with depth. The personal touches to something like “Joshua” elevate its straightforward writing, as Dizzy sink back to their childhood for a ballad of connections lost to time. This powerful story and the clever melodic twists really make the track one of the album’s standouts.

However this straightforward writing ends up hurting tracks like “Pretty Thing” when many of its verses fall into familiar traps of modern pop. This is a shame to because the chorus is all too infectious and its bridge is one of the most exciting parts of the entire album. The strange production and vocal affectations of “Backstroke” slowly take its suave guitar lines to something more. And as the delivery grows more and more impassioned the final moments of the song become this triumphant roar of frustration and moving on.

While it slow-burns its impact, “Pirouette” is one of the most tender tracks of the record and one that flows with a soft elegance for the record. “Arcadia” however ups the loud beats for a barrage of different hooks for one final catchy closer to end record memorably.