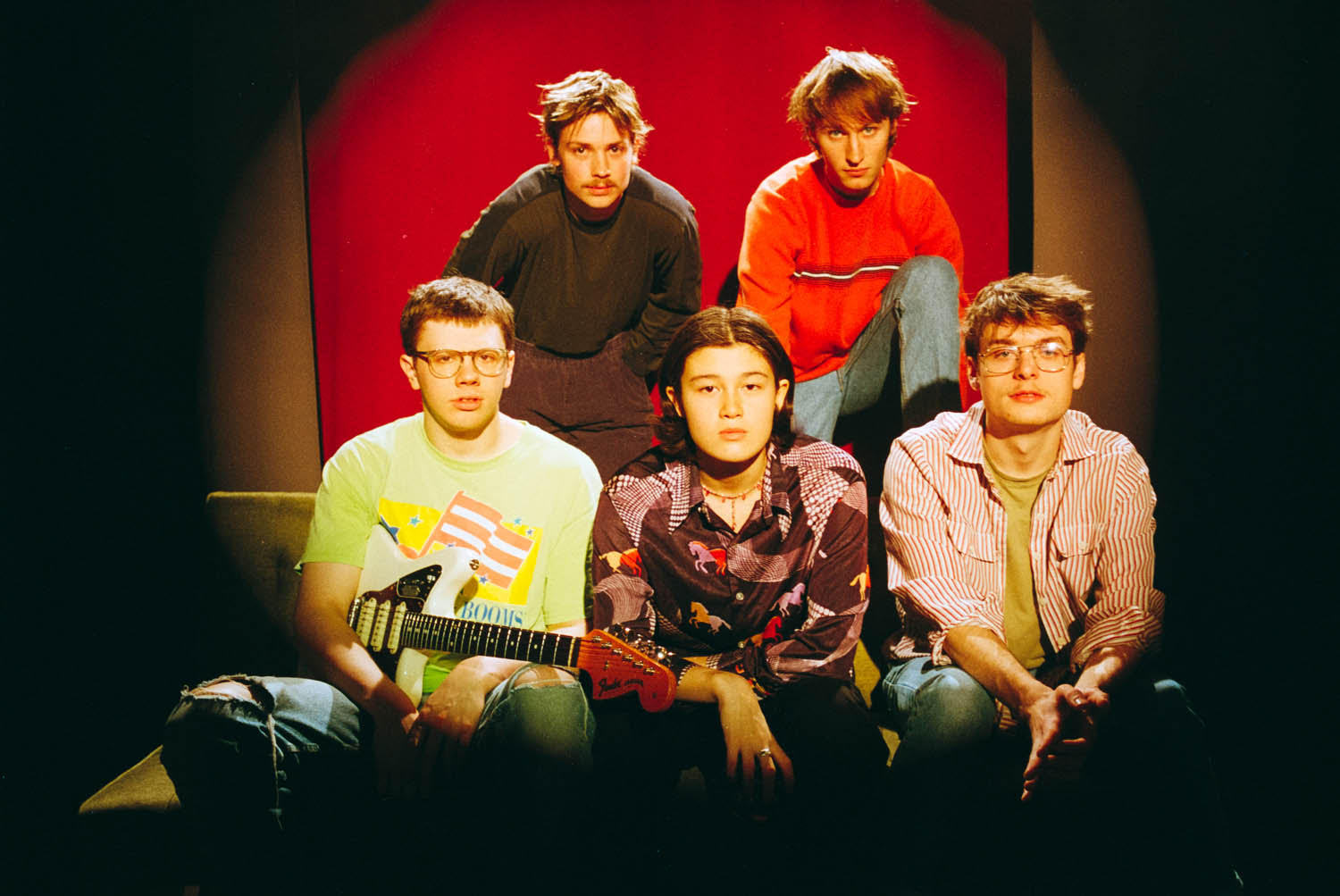 “Mental health struggles, the technological age, depression, and just trying to figure it out.” These are pretty universal themes for anyone coming of age especially now, in the time of corona, and these themes make up the overarching through line of the band Disq’s latest album Collector. The young Madison, Wisconsin based band just released their latest album last month through Saddle Creek and were prepared to hit the road to promote it but that has all changed now that the world is in self isolation and waiting for this dystopian nightmare to pass. It’s shame as the band, made up of the groups founders Issac deBroux-Slone and Raina Bock with newer members Shannon Connor, Logan Severson, Brendan Manley, have crafted an amazingly timely album that reflects what it is like to live in the world today, and one that is done in such impressive way it belies the member’s collective youth. The album which spans a plethora of genres such as 90s indie rock and power pop, psychedelia and post punk captures the shared experience of what it’s like to be growing up in the 21st century and is one of the most exciting guitar based albums to come out in quite some time.

“I was just in Madison briefly but I’ve been staying at my family’s home where I grew up in Viroqua, which is a couple hours away,” says Raina Bock, Disq’s bassist and one half of its founding members. “Everyone right now is trying to scramble to adapt. We have been back on the writing grind, doing some new merch designs. Our record’s cycle was cut so short but we are all surviving.” Bock and other initial Disq founding member Issac deBroux-Slone have known each other their whole lives and have been playing music together for most of it. “We’ve known each other for a long time, Issac and I, since the day I was born, if not within the first week,” she says with a laugh. ”The three other members Bren, Shannon and Logan have known each other for a really long time too. They’ve all played in bands together since like third grade.” All of Disq have been playing and performing music for most of their lives and this comes through on the album. It’s an assured and impressive collection of songs. The record was made up of various demos that every member brought to the table. As Bock explains having this kind of band democracy has been a great experience. “With this album, it worked out that right around the time we signed with Saddle Creek we decided to fold in the three other members of the band. Isaac and I had been playing with a rotating lineup of people for awhile and this lineup really clicked. We were all sharing demos with each other and everyone knew how much material everyone else was sitting on.” It was important for the band that the record didn’t just come off as disparate tracks from different songwriters but gelled cohesively as an album. “Two days before we went to the studio, we all sat down together and got out a big white board and just wrote all the songs down on there that we had. It was important for the record to have a good flow and hang together really well,” Bock says, “Plus, everyone in the band likes to sing and I think moving forward there will be a lot more of that.”

With songs like the angular and grinding “Daily Routine” to the gentle “Trash”, Disq jump all over the sonic map but manage to sound like their own singular thing throughout it all. Collection was spear headed by famed producer Rob Schnapf, who has worked with such iconic artists as Elliot Smith, Beck and Kurt Vile. Having produced their first mini album Disq 1 themselves, Bock explains that they were all a little bit nervous but excited to collaborate with Schnapf for this record. “We made that first record in our basement so getting to work with Rob was really cool,” Bock says beaming. “Everyone in the band is all huge fans of a lot of the different stuff he has produced. There is of course Elliot Smith and a few of us are big Saves The Day fans. It was super fun to work with him. There were some nerves going in and that first day we immediately jumped into tracking the song “I Wanna Die”. We all went into the room and live tracked that one all the way through and I think after we had finished, everyone was super comfortable plus, all the songs were pretty extensively demo’d out before we got there and Rob just helped gently steered us in the right direction.”

With the record wrapped and their tour dates on hold, Disq have been looking forward to what they are going to do next. “It’s a bit of a bummer as we were going to do a writing retreat and be able to work on new songs together in a room but for now we sending riffs and stuff to each other and doing it all the old fashioned way.” Besides some down time on the road this would’ve been the first real time the full band would’ve gotten the chance to work on new songs all together in the same place. “Yeah besides working on things here and there in green rooms on tour, this would’ve been the first time we were all able to work on songs in the traditional sense,” Bock explains, “ We are still hoping to just go out in the woods and just be all together, away from everything and do some writing.” The unfortunate situation of having to put everything on hold is a tough one for the band and for fans of the band alike but the amount of talent involved in this project is such an exciting thing to behold and one that promises to bring even bigger and better things from Disq in the future, as soon as they can all be in one room together

Collector by Disq is now available via Saddle Creek Records